How to Be Your Best Advocate: Insights From a Recruiter About the Gender Pay Gap 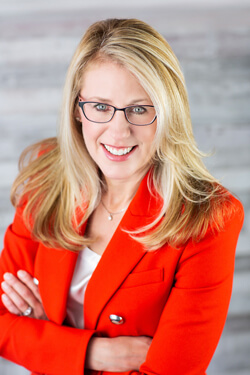 Here’s the scene that plays out in my office over and over:  two associates come in for a one-on-one meeting. Their credentials and accomplishments are identical – the only difference is their gender, one associate is male and the other associate is female.

From the start, the meeting with the male associate takes on a different tone than the meeting with the female associate.  The male associate sits across the table from me and describes his practice and experience while tactfully highlighting his achievements.  He’s evaluated his skillset and thought through the unique value that he brings to the partners for whom he works and the clients that his team services.  He has formulated a vision for the road ahead for his career (partner at a top firm, a position with the United States Attorney’s Office, GC at a Fortune 100 company or PE backed portfolio company, etc.).  He’s already started to map out the steps he’ll need to take to get there. He uses the meeting as an opportunity to solicit my opinion and begins to incorporate my advice into a plan of action to help him achieve his goals.  He is confident and proud of his success, and I can clearly see that he’ll inspire confidence whenever he pitches himself.

My next meeting is with an equally impressive and accomplished female associate. Rather than clearly articulating her expertise, value and long-term goals on her own, I routinely find that I have to draw her experiences out with probing and leading questions. Our meeting is not a discussion of how to help her accomplish her goals, but rather a conversation about how to frame those experiences and understand the value that she brings to her current team as well as to potential employers.  Often it takes convincing for me to show her what I see in her and the value I think that she will bring to future employers.

In our recently released Partner Compensation Survey, we found that male law firm partners earn 53% more than their female counterparts, and significantly outpace female partners in originations and billing rates.  As dismal as that sounds for women in the profession, a deep analysis of the data revealed a bright silver lining for women: the data does not suggest that there is a conscious bias against women attorneys.  What it did show is that the vast majority (75%) of the variation in compensation among partners is accounted for by originations. The gap can start as early in a career as the scenario described above. But it also means there’s an opportunity to make necessary changes.

In my interactions with young associates, I find that men often lead with confidence. Their previous experience is not a limitation, but rather a springboard that they use to propel their skillsets even further.  Women, on the other hand, often downplay their accomplishments and focus on the experiences they haven’t had. They don’t see the importance in some of their unique accomplishments, writing them off as being part of the job rather than being a standout differentiator.  Despite their success, intelligence, and plethora of amazing qualities, women often deemphasize their accomplishments and focus on what they have yet to do.

We see this time and again – understated women, limiting the discussion about their skill set to what they have already mastered and proven. This is contrasted with men who project the confidence of being primed and ready to achieve the next level of practice.  After thirteen years as a legal recruiter, I can tell you that this is a big deal in the interview process. The way in which associates package themselves and their experiences has a big effect on the outcome of an interview. If it’s a big deal in the interview process, it’s an even bigger deal in the workplace engendering the confidence of senior associates, partners, clients and even peers.  So what can women do?

Be Aware of this Phenomena

The first step is awareness. I often reveal to female candidates how I see men conducting themselves through the interview process – right down to letting women know what men are asking for in the compensation negotiation process.  You should not feel guilty for asking what you feel you are entitled to. I often tell women that “my male candidates don’t weigh themselves down with that guilt.”

Determine Your Strengths and Successes

Look back and consider everything that you’ve achieved in your career and write it down.  Chances are that you have gained some impressive experience that is worth touting. As you’re going through that exercise, think about how you’d coach a colleague to frame and package their achievements and give yourself the same advice.  Keep a running list so that as your career progresses, you can keep an ongoing tally. Save emails and positive feedback to look back on later. You need to acknowledge abilities, and having a list to reference will help keep them top of mind.

Once you have an idea of your strengths and accomplishments, consider how you should convey that information.  Whether it’s in an interview or an everyday conversation, think about how you would describe yourself and your career to someone in 30 seconds.  How you frame your experience should encapsulate your strengths and demonstrate the value that you bring to your practice. Developing this elevator pitch will be the start of changing the way you present yourself.  When you get in the mindset of speaking positively about yourself, it will become a habit. These small changes will pay dividends as your progress in your career.