Supporting the Culture and Values of the Asian Pacific American Community 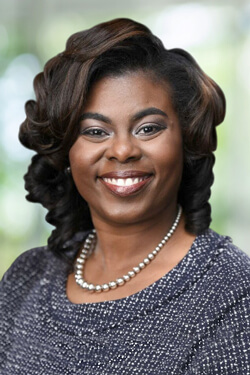 May is Asian Pacific American Heritage Month. The month celebrates and pays tribute to the contributions generations of Asian Pacific Americans have made to American history, society and culture. We hope you will learn about their missions and programs, and discover ways to support them through your charitable donations and volunteer time.

Asian American Architects and Engineers Association - Provides a platform for empowering professionals working in the built environment in personal and professional growth, business development and networking and leadership in the Asian American community.

Asian American Legal Defense and Education Fund - First legal rights organization on the East Coast serving Asian Americans. Founded by a group of lawyers, law students and community activists who believed that the law should be used as a tool to achieve social and economic justice for Asian Americans and all Americans.

Asian and Pacific Islander American Health Forum (APIAHF) - Works with communities to mobilize in order to influence policy and to strengthen their community-based organizations to achieve health equity for Asian Americans across the country.

Asian and Pacific Islander American Scholars (APIA Scholars) - is the nation’s largest nonprofit provider of college scholarships for Asian Americans and Pacific Islanders. Creates opportunities for students to access, complete and succeed after post-secondary education; thereby developing future leaders who will excel in their careers, serves as role models in their communities and will ultimately contribute to a more vibrant America. Asian Women in Business- Nonprofit membership organization created to assist Asian-American women in understanding their entrepreneurial potential.

National Asian Pacific American Bar Association (NAPABA) - Monitors legislative development and judicial appointments, promotes Asian-Pacific American political leadership, advocates for equal opportunity in education and in the workplace, works to eliminate violence against APAs and builds coalitions on these issues and others within the legal profession and the community at-large.

NetIP North America (Network of Indian Professionals) - Serves as a voice for the South Asian Diaspora and to provide a vehicle for South Asian professionals to enhance the communities in which they work and live. Areas of focus for the organization include economic growth and security, cultural awareness and preservation, family needs and education.

South Asian Bar Association of North America (SABA) - Seeks to strengthen the rapidly growing South Asian legal community with a recognized and trusted forum for professional growth and advancement, and promotes the civil rights and access to justice for the South Asian community.

Read Full Bio
There is currently no related content for this person
An error has occurred and the search service is currently unavailable.
We apologize for the inconvenience.
Pages Match Your Search Criteria
Show More
No More Results