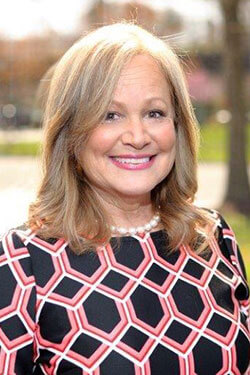 It’s 2019 — and the gender pay gap between male and female lawyers remains a hot topic. High-profile lawsuits alleging pay inequality continue to be filed in federal and state courts across the country.

A 2018 partner compensation survey conducted by my employer, global attorney search firm Major, Lindsey & Africa, in conjunction with legal market intelligence and research specialists Acritas, found a 53 percent difference in average pay between male and female lawyers across large U.S. law firms. Responses to the survey were received from 1,390 partners nationwide. There were not enough responses from Maryland partners to devise statistically significant inferences for the report.

For the purposes of this survey, the gender pay gap was defined as “the difference in compensation received by women as compared to men for the same work or contribution to the firm.” Notably, 28 percent of all respondents believed a gender pay gap exists, though female partners were six times as likely to perceive a pay gap as their male counterparts (67 percent vs. 11 percent). What’s more interesting, however, is the finding that all respondents perceived that female partners received only 6 percent less than their male counterparts for the same firm contributions.

Is change in the air?

Women: Focus on the things that YOU can control

While firms and their consultants tackle the gender-gap compensation and origination issues, what can you, as a female lawyer, do to promote your own advancement?

Build your professional brand. Work hard. Master the law in your practice area. Adopt a can-do attitude. Build relationships with colleagues and clients. Do a great job on every project. Ask for and embrace feedback. Seek mentors and sponsors across gender, race, professions and age. Write articles. Attend and speak at industry conferences. Become known in your field.

Join and meaningfully participate in professional and civic organizations, which should include women’s groups. Cultivate genuine professional relationships with female clients and women in business. When you have a conflict, send business to one of your female colleagues at another firm. Focus on being the best you can be. Don’t get angry. Get good, get known and get work! I have confidence the gender gap will shrink in time.

READ THIS ARTICLE ON THE DAILY RECORD