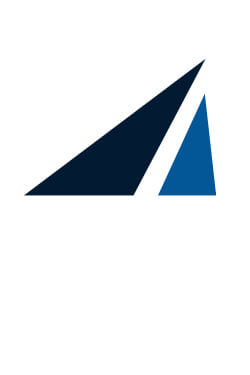 Evelyn: I met Tinesha in 2010 when she interviewed for an admin opening with our Associate Practice Group. Tinesha was very passionate about getting a job with Major, Lindsey & Africa, but the recruiters did not find her to be the right fit for this particular role. So we stayed in touch and she continued to check if we had any other openings. When another opening became available, I decided to give Tinesha some honest feedback, explaining that she had to improve her interviewing techniques. I proceeded to prep her on how to interview properly, and this time, when she interviewed with our In-House Practice Group, she did much better—and I offered her the job.

Tinesha: This new job with Major, Lindsey & Africa was my first real corporate job. Arriving from a predominantly diverse non-profit organization into the corporate world was a colossal culture shock. I admit I was a little “rough around the edges” during this time. I was always the go-to person at my last position and immediately assumed the same mindset coming into Major, Lindsey & Africa. This was not the case. It was an emotional roller coaster for years, and I often reconsidered my employment.

Evelyn: During Tinesha’s first few months, she faced some challenges. At first, I had to reassign Tinesha to a different role to help her solidify her skill set. She was not very happy about this. But after six months, Tinesha showed outstanding improvement and returned to work in her original position.

Throughout the years, I continued to coach Tinesha. Her work product was stellar, but I needed her to become more well-rounded, to develop her emotional intelligence and work on her leadership qualities. As a manager, part of my role is to help develop my team. I know where I want them to go but at times helping them get there is a challenge. People don’t know what they don’t know, so until clarity arises and their perspective changes, it is very difficult to mentor.

Tinesha: Honestly, I had some old habits that I needed to unlearn in order to start fresh and build up. It just so happened, Evelyn had to be the tough messenger; she had to be the bearer of bad news and give me honest and caring but critical feedback. It was a lot to take in, and at times, I found myself frustrated and pushing back. I took every comment and piece of feedback as a personal attack. I began to hold grudges instead of taking full accountability of the role I was playing in my career path.

My world started to shift in 2014 after I attended our diversity and inclusion workshop. It was one of the most informative and transformative workshops I’ve ever attended! I became more empathetic and felt myself opening up and growing one day at a time. I was ready to start changing for the better and approaching work and life with an open mind.

Evelyn: The diversity and inclusion workshop is a phenomenal training when received with an open mind and heart. When Tinesha returned from that training, she had a different perspective, her walls were down and she had an open heart. At this point, our relationship shifted, and Tinesha was now able to understand how she needed to grow. Over the next few years, I watched her mature and saw her mindset change. In December 2017, she was promoted to a senior administrator.

Tinesha: By 2017, I was in a completely different mindset. Listening had become easier for me as had my conversations with Evelyn. Evelyn put a great deal of time into building me up and she clearly saw potential in me from the very beginning.

Evelyn: In July 2018, I reopened the NY office manager role. Tinesha applied for the role along with two outside candidates. During the interviews, it became apparent to me that Tinesha was the best candidate for the role. My only concern was that she did not have prior supervisory experience, so I found a management training program for her to complete and then made my hiring recommendation to top management. The NY office partners agreed and I offered her the role in a matter of days. Over the next four months, Tinesha participated in the training classes to prepare for her new role, and on January 1, 2019, Tinesha officially became the NY office manager.

Tinesha: Evelyn never gave up on me, and for that alone, I will forever be appreciative of her. Throughout my time at MLA, my manager has been by my side each step of the way. I can only hope I can follow her footsteps and learn how to balance being a great leader, manager, mentor and friend.

I’ve learned to keep going even when things get challenging. Just because you fall, doesn’t mean you cannot get back up. And if you allow yourself to truly see your whole self and accept your weaknesses for what they are, you can turn them into strengths and explore opportunities you never thought available to you.