Survive and Advance: March Madness and the 1983 NCAA Basketball Championship—An Allegory for the Interview Process 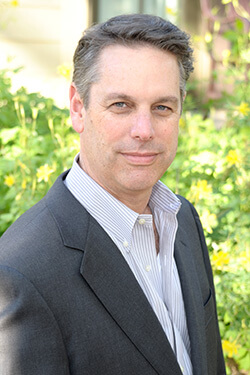 Recently, after prepping several young partner candidates for a series of upcoming interviews with major law firms, I found myself watching the ESPN 30 for 30 documentary about North Carolina State’s improbable 1983 NCAA basketball championship victory over the University of Houston. I was struck by the title and the notion of “survive and advance,” and couldn’t help but think of the story’s larger connection to my work as a legal recruiter.

In case you are not familiar, here’s the summary of what transpired that fateful year as described by ESPN: In 1983, the NC State Wolfpack, coached by Jim Valvano, stayed alive in the postseason by winning nine do-or-die games in a row -- seven of which they were losing in the final minute -- beating the likes of Michael Jordan and three-time National Player of the Year Ralph Sampson. The unlikely squad made it to the national championship game against No. 1 Houston, a team featuring future NBA Top 50 all-time players Hakeem Olajuwon and Clyde Drexler. NC State was one of the biggest underdogs ever in the final game, one that went down as possibly the best college basketball game in history-ending with one of the most well-known plays of all time. [NC State won 54-52.]

Watching Lorenzo Charles score that unfathomable championship game-winning shot following a Derrick Whittenburg air ball (pass?) with 1-second left in the game, the allegory came together: ”survive and advance” is a helpful way to view the interviewing process at both a macro and micro level.

For me, “survive and advance” reminds us not to look too far into the future. Simply take care of business at hand. At the start of the 1983 ACC tournament, Coach Jimmy V told his team, “It’s real simple, guys. We have to win the ACC tournament to get into the NCAA tournament.”

In the context of an interview, “survive and advance” means focusing only on the upcoming event at hand. If it’s a first meeting, then focus on that and do not become concerned with the myriad steps that may follow. Focusing on too much too early is not only distracting, but it can be overwhelming.  A mentor used to tell me, “Don’t worry so much at the outset. First get the job, then turn it down.”  I dare say that Coach V probably did not tell his players before the first game of the ACC tournament against Wake Forest, “Hey fellas, by the way, the only way we get to the NCAA tournament is if we also beat the two best teams in the nation, and they both already handed us our lunch this year.”

“Survive and advance” on a micro level means doing those things that allow you to stay in the game and not jeopardize your chances. Coach V apparently would tell his players that if they hung around long enough, perhaps they’d be able to steal a victory at the end. There are two great takeaways here. The first is to be prepared for the long game, and the second is to stay confident. In NC State’s first round game, Pepperdine was up by six points with one minute left in overtime, and Pepperdine had the ball—and there was no shot clock in ‘83. NC State won 69-67 in double overtime.

In the interviewing process, by analogy, you’ll meet a lot of people—it’s a long game—some of those with whom you meet you’ll gel immediately and others you may not. Don’t worry if you don’t feel an immediate connection with any one person. Stay competitive and optimistic right up until the end. Similarly, you’ll probably submit your resume to multiple firms, and some of those firms may decline a meeting altogether. Don’t read anything into those rejections. It’s just “one shot.” Remember, Derek Whittenburg’s air ball was converted into a championship winning basket.

“Survive and advance” also means putting yourself in the best position to succeed and not doing or saying the sort of things that can come back to bite you later. NC State’s second game in the NCAA tournament was against UNLV, a tough team led by Sidney Green. The night before the game, Green was quoted in the newspaper saying, “Yeah, I watched the game last night [NC State vs Pepperdine], and Baily [Thurl Baily, forward for NC State] didn’t impress me. I ain’t worried about Baily.” NC State beat UNLV the next day 71-70, with Baily having an amazing game and scoring the winning basket over Green at the buzzer.

In interviewing parlance, be prepared and be mindful of what you are saying, and be mindful to avoid disparaging remarks about any firm or any other attorney—at any firm. After all, you never know who people know, or how they will react—just ask Sidney Green and Thurl Baily! The same holds true with how you couch frustrations, concerns and prior lateral moves. Be positive. As challenging as that may be, a positive demeanor trumps a negative one, for you don’t want to leave inadvertently a lasting negative impression; for that’s the surest way not to survive to the next round.

And finally, “survive and advance” means devising a winning game plan for each meeting. What do you hope to accomplish? The facts and circumstances and where you are in the process will dictate how you craft your strategy, just as Valvano’s strategy against North Carolina and Michael Jordan differed from that against Houston and Olajuwon. Is your goal a call back, a management committee vote or an offer? Having this in mind will help you formulate the messages you want to convey.  For example, at an initial interview, you want to say enough things in the right ways to the interviewers that makes THEM want to keep bringing you back. Two examples are: (i) allow them to feel that you are within reach, and (ii) leave them knowing the value you bring. A case in point I’ve seen come up frequently with candidates in the early stages of the process is the balance between being eager and playing hard to get. Extremes on either side can be detracting. You don’t want to appear too eager (an exception being, say, a firm closing down) or too hard to get. Leave them feeling that you are “within reach.”

As to the value you bring, be mindful to express your knowledge about the firm with whom you are meeting in a way that shows a benefit to THEM by your joining. That will go a long way toward helping you advance. For example, is there work from your clients that could help benefit others in the firm? I’ve seen this unfold on numerous occasions; most recently with an L&E partner at a specialty firm who was looking to move to a full service firm.

The moral of the 1983 NC State championship story as it pertains allegorically to interviewing and advancing your career is threefold: (i) focus on the matter at hand, (ii) be prepared to play until “the buzzer sounds”, and (iii) have a strategy in mind for each stage. And as a parting salute to Coach Jimmy V., “Don’t give up; don’t ever give up.”

Howard Cohl is a Managing Director in the Law Firm Partner Practice Group of legal recruiting firm Major, Lindsey & Africa and is based in Los Angeles. Connect with Howard today.