Looking Beyond The Resume: How To Assess Intangible Skills When Evaluating Candidates 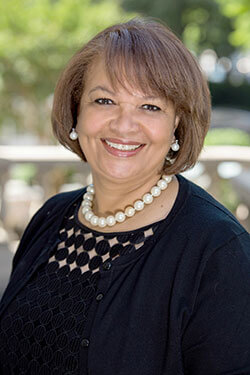 When deciding which candidate is the best fit for an executive position, reviewing resumes only gives you part of the picture, and evaluating candidates for skills that cannot be ascertained from a job application can be a daunting task. There's no doubt that assessing candidates on intangible skills such as leadership, strategic thinking, motivation and energy level is harder than identifying the folks with the best education, training and experience, but looking beyond the resume is essential to ensuring that the best candidate receives the job offer. If you find yourself with a slate of candidates that look similar on paper and you are having difficulty determining which candidate is the best fit for your role, consider the following suggestions to help distinguish one candidate from the next:

Leadership skills are often key to success in the business world, but when you are reviewing a slate of candidates with strong academic credentials and experience—and they all appeared confident, professional and likeable during your interview—how do you determine which of them has the best potential to provide strong leadership? One suggestion is to imagine that your group of candidates is seated together at a round table engaging in casual conversation when another person enters the room and begins to make small talk with the group for several minutes. After this brief conversation, if you asked your newcomer who they felt was the leader of the group seated at the table, who would they pick as their first, second and third choice? This exercise may help you feel more confident in ranking the leadership abilities of your candidates.

Another way to evaluate leadership skills is to find out how involved candidates are in their community. For instance, someone who has an elected position on their local school board or sits on the board of a not-for-profit organization is more likely to possess leadership potential than someone who is content to let others make decisions related to their community. Some candidates may include their civic involvement on their resume, but that's not always the case and you'll never know unless you ask!

You may also want to make a note if a candidate asks you to provide feedback or constructive criticism of their resume, interview style, etc., because good leaders generally solicit feedback on their own performance as a way to ensure they are constantly improving.

When seeking to determine which candidates have the greatest ability for strategic thinking, your first instinct may be to ask candidates for examples of times that they drove a company down a new path, developed an alternate business strategy or presented an idea for a novel approach to a project. While this method can be useful, you may gain additional, valuable insight by asking a candidate how they define the term "strategic thinking." A candidate who responds by talking about a process of learning and exploring, followed by questioning the established practices and then turning ideas into reality through problem solving, innovation and an understanding of the desired outcome may be one who has been engaged in strategic thinking on a regular basis. Likewise, someone who talks about gathering information from the past and present but focusing on the future may be the type of candidate who will excel in an environment that requires strategic thinking.

You also may want to consider asking a candidate what five components they think are most important for a business looking to implement a new idea through strategic thinking. If a response includes topics such as organization/planning, observation/research, assessing various viewpoints, an evaluation of driving forces and a constant awareness of the ideal outcome/future position, then chances are you've found a strong strategic thinker.

Many job seekers know that companies often look to hire individuals with a high level of energy, and it's not hard for candidates to act more energetic during an interview than they normally would in their routine workday. As a result, it's helpful for an interviewer to assess the candidates as a whole during the interview process, asking not just about their goals for their professional lives but also about their personal interests. Highly energetic people tend to be energetic not just about their jobs but also about their lives overall, so they tend to have passions beyond their career. Asking candidates about their hobbies can help distinguish those who are involved in their community, marathon runners, lifelong students of the arts and avid readers from those who are couch potatoes when they are away from work.

When asked about their goals for their professional lives, if candidates respond by eagerly and enthusiastically discussing their long-term plans, that's a good sign they have enough energy to pursue those goals vigorously. When evaluating a candidate's energy level in their professional life, it also can be telling to ask them about a time in their career when they had capacity to take on more work than currently was on their plate, and what they did about it. A candidate who responds by talking about helping out another department with a task or implementing a proactive project for their own department is likely to be more energetic at work than someone who claims never to have had the time to seek out more work during the course of their career.

How can you tell which candidates want the job just for the paycheck and which candidates are motivated to be a part of something larger than themselves and the desire to help grow a business? One sign you've found a candidate in the latter category is when they ask questions that make them appear skeptical about the job/company because they are inquisitive, curious and eager for more information. The candidates who ask the most specific questions—and the hardest questions to answer—may be the ones who have given the most thought to the role itself instead of just focusing on finding a job for the sake of a paycheck.

Another good way to evaluate someone's motivation and drive is to assess how they handle the inevitable obstacles that confront us all from time to time. Highly motivated individuals generally are resilient, and someone who can stay on task despite facing unanticipated hurdles is more likely to be motivated in the workplace. One way to assess this is to ask about obstacles the candidate faced either at work or in their personal life and how they responded. If your candidate managed to find ways over, under or around significant, unexpected hurdles on more than one occasion, then that can be a good sign that they are motivated and driven in their daily life.

Focusing on these intangible skill sets during an interview can provide valuable information when it comes time to determine which candidate is the best fit for your position. In many cases, there are numerous job applicants who have the technical ability to perform the job for which they applied so an assessment of the skills not readily ascertainable from their resumes is often a determining factor in the ultimate hiring decision. As a result, an interviewer's ability to accurately assess the intangibles is a key step in ensuring that the hiring process is a success.

Melba Hughes is a Partner, Executive Director of In-House Counsel Recruiting and the National In-House Diversity Practice Leader. She works collaboratively with her counterparts across the U.S. to develop strategy and implement process improvements for business development and relationship building.