Guardians Of The Company: The Importance Of Retaining In-House Lawyers In China 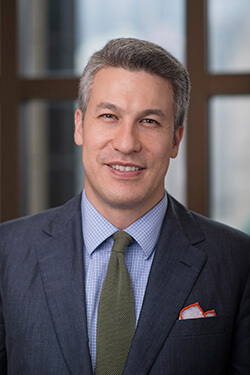 An experienced legal search consultant in China knows how to help multinational companies identify top legal talent for their corporate legal departments. However, attracting and hiring the best in-house counsel is one thing; developing and retaining in-house lawyers, particularly your best performers, is another. All general counsel (GCs) are aware that the legal function is usually the most—if not among the most—expensive per-head cost of any employees in an organization and is nearly always perceived as a cost center. As such, keeping the best lawyers in your team is just as important as searching for the most suitable candidates so that your team is not viewed as a necessary evil but more as strong business partners or guardians of the company in an increasingly difficult and highly-regulated market such as China.

Most multinational companies operating in China have retention policies in place that range from offering flexible working hours—an important factor given the majority of in-house lawyers in corporate legal departments in China are likely to be female—to individual performance-related bonuses and increasing compensation in line with promotions. How a company's HR team devises, executes and monitors its evaluation and rewards policies vis-à-vis its corporate legal department influences its success in retaining lawyers. Having spoken with a number of GCs and lead in-house counsel, GCs are playing an increasingly important part in retaining in-house counsel, not just because they are figure-heads for the legal—and often compliance—function but because they shape the culture of the legal team and therefore become the difference between whether a talented in-house lawyer stays or leaves.

If a company does not have the resources to offer greater compensation or training for its legal talent, the GC should be creating a framework that will not only offer in-house counsel strong reasons to remain with the organization but also drives value for the company and puts the legal function in a different light from the perspective of business leaders. Matthew Kendrick, general counsel for Daimler Greater China, advocates assigning different responsibilities to different lawyers: "You need to recognize the person and recognize the profession," says Kendrick. "Many of my team members come from the first generation of professional lawyers so by naming them as key account lawyers, we are recognizing them as professionals and giving them an identity." Kendrick goes on to say that this helps the business in clearly identifying who they need to speak with within Daimler's Greater China legal team and enhances the perception of the lawyers contributing to Daimler's success.

Getting lawyers to step up by advising senior management directly and involving lawyers in making big decisions is also an effective method to promote teamwork and responsibility. "I will bring along a team member to meet local officials or senior management," says Jingmei Xue, chief legal counsel for Conde Naste China. "If…you create opportunities and make them feel valued, you give them a feeling of belonging." Per Hoffman, head of legal affairs, North East Asia at Ericsson sees the benefit of having his legal team in China work, and think of themselves, as part of "a globally integrated legal function" and he also works on the "internal perception of the legal function" that ensures Ericsson's lawyers are viewed as valuing "transparency, high integrity and a shared responsibility". Kendrick has gone one step further by referring openly to the legal team as the "integrity department" and also advocates putting lawyers in the lead on making business decisions.

Indeed, in-house lawyers in China are playing a more important role when advising multinational companies on the ever-changing and challenging legal and regulatory environment in China, particularly as the stakes are higher now than they were before. In the American Chamber of Commerce 2016 Business Climate Survey, 45 percent of respondents reported flat or declining revenues last year compared to 2014. More importantly, respondents cited inconsistent regulatory interpretation and unclear laws as their biggest business challenge.

In such a difficult legal and business environment, GCs must try to find ways of convincing their best lawyers to "stick" with their team but according to Alex Hu, general counsel of New H3C Group, this should not be at the expense of the stability of the team. "You cannot stop people from moving on but you need to make sure losing people will not affect team morale," says Hu. Hu goes on to say that senior lawyers naturally place less value on compensation and will prefer to join a company "where there is respect for the legal function".

Building a strong sense of being part of a team is a recurring theme and it is no surprise that most GCs value the importance of speaking directly with their team members. "I have one-on-one meetings with my team members and we do a lot of activities together outside of the office," says Yi Jiang, general counsel of Chinese IT consulting and outsourcing company Pactera. Culturally, it can be tricky in getting Chinese lawyers to speak up to their bosses, hence the greater value on having GCs building trust with their in-house counsel, according to Jinping Gao, associate general counsel for North Asia at Mars Foods. "We need to meet the challenge of keeping good people on our teams…and get to know one another."

Ultimately, a successful legal department projects an image of itself as problem solvers, team players and contributors to a company's overall business and cultural objectives. GCs can do a lot to develop this by encouraging teamwork and making sure his or her team members feel they are being treated fairly compared to peers both inside and outside the department.

READ THE COMPLETE ARTICLE AT iflr1000.com