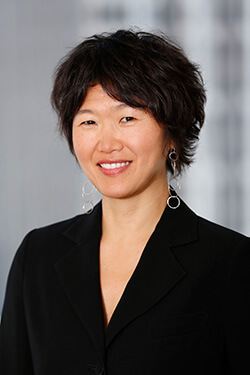 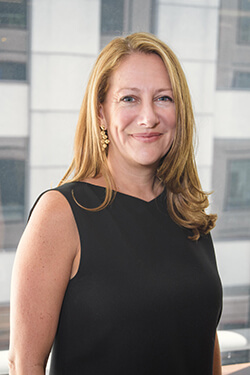 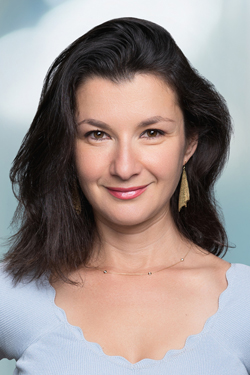 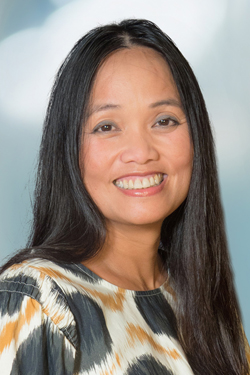 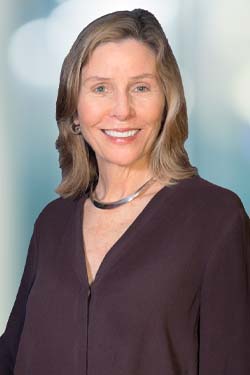 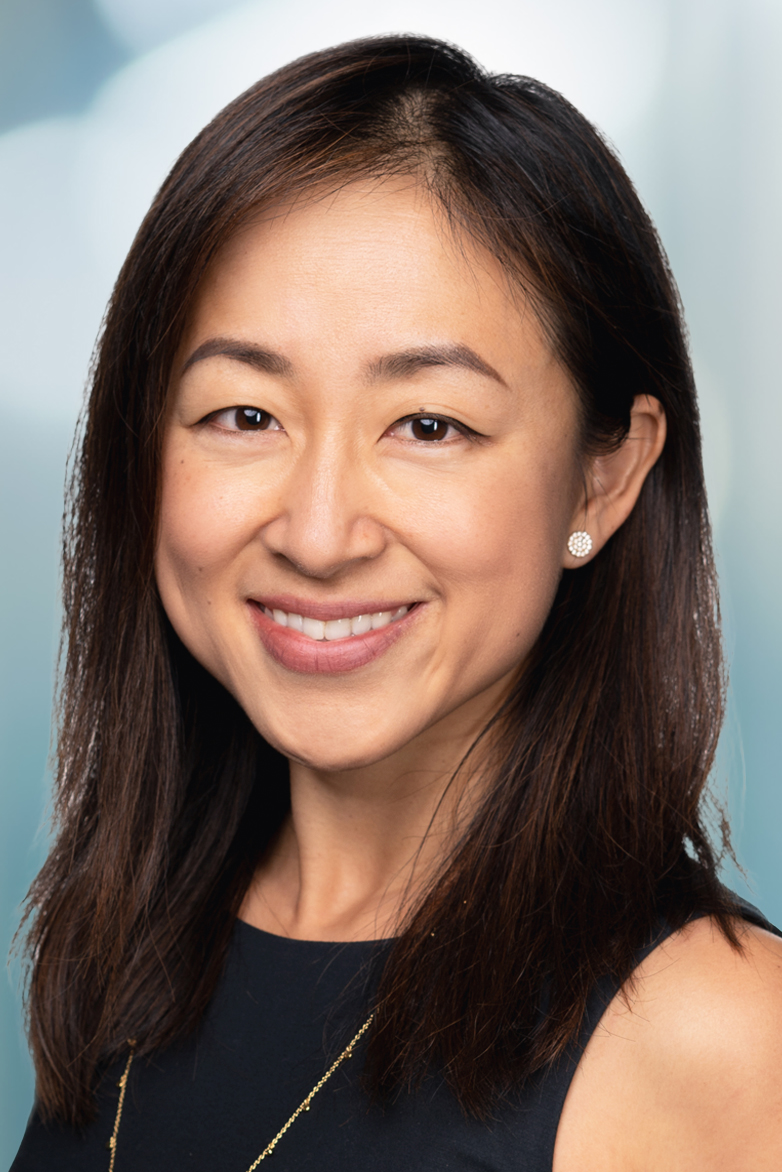 Coming from all different backgrounds, our San Francisco In-House team thrive on their varied upbringings and career paths. Discover where they all came from and how they truly embody the sense of team.

I practiced law for five years at small and medium firms and then in the 9th Circuit, before I took time off to pursue my creative passions. While I did that, I signed up with Robert Half as a candidate to take on some project work. That’s when I discovered the recruiting world. After three years, when I decided I wanted to re-enter the professional world, someone there suggested I try recruiting. I talked to a bunch of people and realized I had the right skills—I was entrepreneurial and liked the people contact. I ended up working there for four years and got great training. But I had always heard of MLA’s reputation for excellence and knew I wanted to work there next, so I strived toward getting the right experience to be a compelling candidate for MLA.

After four years at RHI, I felt like it was the right time. I saw a posting for an associate recruiter at MLA and decided to go for it. I represented myself and displayed my skills as best I could in my “pitch” to MLA’s internal recruiter. Then, I interviewed with some folks, but they put the associate recruiter search on hold…but the recruiter and I kept in touch for several months. Then, in a conversation with her, I mentioned I had just closed a big in-house search for a company. Interestingly, at that time, the In-House Counsel Recruiting team was interviewing and she suggested I interview with that group and sounded like a perfect fit. I interviewed with Marty Africa, Judy Allen and the team and got an offer within a few weeks. Ten years later, here I am! I was immediately so impressed with the people here and that admiration continues. They are smart, interesting, high achieving, passionate people—and fun! I feel deeply supported and enjoy making an impact internally and externally. It’s great to wave the MLA flag and consistently make a difference in the legal profession and people’s lives.

After graduating law school, I worked as a corporate associate. My favorite thing about the law firm was being involved in the recruiting of summer associates and running the summer associate program. I enjoyed the people part of the job. Everyone there told me I should become a recruiter. After a year of practicing, I met two people from MLA who I spoke with about joining. After a few more conversations, I took the job and never looked back.

Even after 21 years, I get as excited about new search today as the day I started. I’m continuously learning about new businesses and meeting new people. No two jobs or companies are ever the same, which means trusting my instincts a lot. Honestly, helping people never gets old.

Born and raised in the Ukraine, I immigrated to the United States as a Jewish refugee in 1989. I was always curious about people and getting to the truth of everything, so law was my natural gravitation. I attended UC Berkeley for my undergraduate studies and was law school bound from the beginning. After UC Berkeley Law, I practiced employment law at MoFo. I enjoyed it quite a bit, but my husband was at a hedge fund working 100-hour weeks, so when I was pregnant, I left practice thinking it would be just maternity leave but realized it was too hard to come back. Soon thereafter, I had my second son and stayed home for six years raising my boys. I missed the intellectual stimulation of practicing law, and when both boys were in school, I thought it was time to return to work. I had three years of experience in legal practice and wanted to do something that was both intellectually challenging but also social. Real estate seemed like a great combination of both, so I got my real estate license and sold/bought homes for a year. Still missing the legal world, I posted my resume and heard from MLA—of which I had never heard before (and thought it was a law firm). After agreeing to interview, I almost changed my mind but ultimately thought I should try something new and take the interview. I went through many rounds of interviews, got the job and never looked back. The impact we’re making on people’s lives—whether clients or candidates—is quite amazing and I get to hear about it on a daily basis. It’s extremely gratifying work.

I came to the US as a 7-year-old boat refugee from war-torn Vietnam. My experience growing up in the projects of West Oakland catapulted me to academic success and then a full scholarship at Stanford University and Columbia Law. I was a BigLaw associate doing project finance in New York, but I quickly realized that was not very compatible with family life. I then went in-house to a couple of design firms as a legal and business manager, which was perfect when having little kids. I was always interested in recruiting having served on the recruiting committee at my former firm. I first came to MLA in 2008 as an associate recruiter, but then the economy crashed and that stint ended nine months later. In that short time, though, I developed these long-lasting relationships that have continued. I went on to doing attorney and client development at Paragon Legal for six years before being recruited back to MLA in 2018.

I am a people person; recruiting was a natural fit. I like understanding what motivates people and I get a lot of satisfaction from finding them the right situation. I also feel a strong sense of trying to level the playing field regarding D&I. Coming from an immigrant background, and having had to work my way up, I care deeply about trying to improve people’s situations. Being able to follow people’s careers and make a difference to them is very meaningful to me.

Long before I became a legal recruiter, I was a BigLaw commercial litigator in New York and DC. Then I practiced briefly at a boutique in Denver before moving with my family to the Bay Area. When we moved here, I decided to take some time off from working outside the home and focus on getting my young daughters settled into their new lives in California. Somehow almost seven years passed and I was getting itchy; I wanted to work but didn’t know what I wanted to do. Through a connection I met Judy Allen (a now retired MLA recruiter) and thought she’d be a good person to talk to about my career in general. I had coffee with her and we hit it off. At the end of the conversation, she let me know MLA was looking to hire. I thought about it and threw my hat in the ring—and that was how it began.

Recruiting has been a wonderful second career for me because it allows me to stay close to the law and work closely with smart, interesting people every day, both inside and outside of MLA. I enjoy helping our clients solve their legal staffing problems; it’s very satisfying when a client is delighted with a really good addition to their team. I also really enjoy working with candidates to help them find the right career path. And to do this at MLA—with outstanding colleagues—has been amazing. I’m humbled to work with my San Francisco team as well as MLA colleagues all across the country (and world!).

I have dedicated my career to legal recruiting. My experience includes both law firm and in-house recruitment across all levels. Upon graduating from law school in 2010 on the heels of the recession, I decided to look at jobs outside of a legal career—though I wanted to utilize my law degree. I began recruiting at a top Chicago firm, where I focused on the internal associate recruiting program. Having always loved California, I moved out to the Bay Area and continued my path in legal recruiting by first working in legal staffing and then joining MLA in 2013.

Recruiting at MLA has been rewarding on so many levels. I have made lasting friendships in addition to building strong professional relationships across the globe. And those relationships—and the ability to constantly build new ones—are at the core of what makes this job exciting and unique. It has been so satisfying getting to know clients and candidates well throughout the years and to be able to see the impact of my efforts. In this job, every day is different and, after all this time, I am still learning something new.