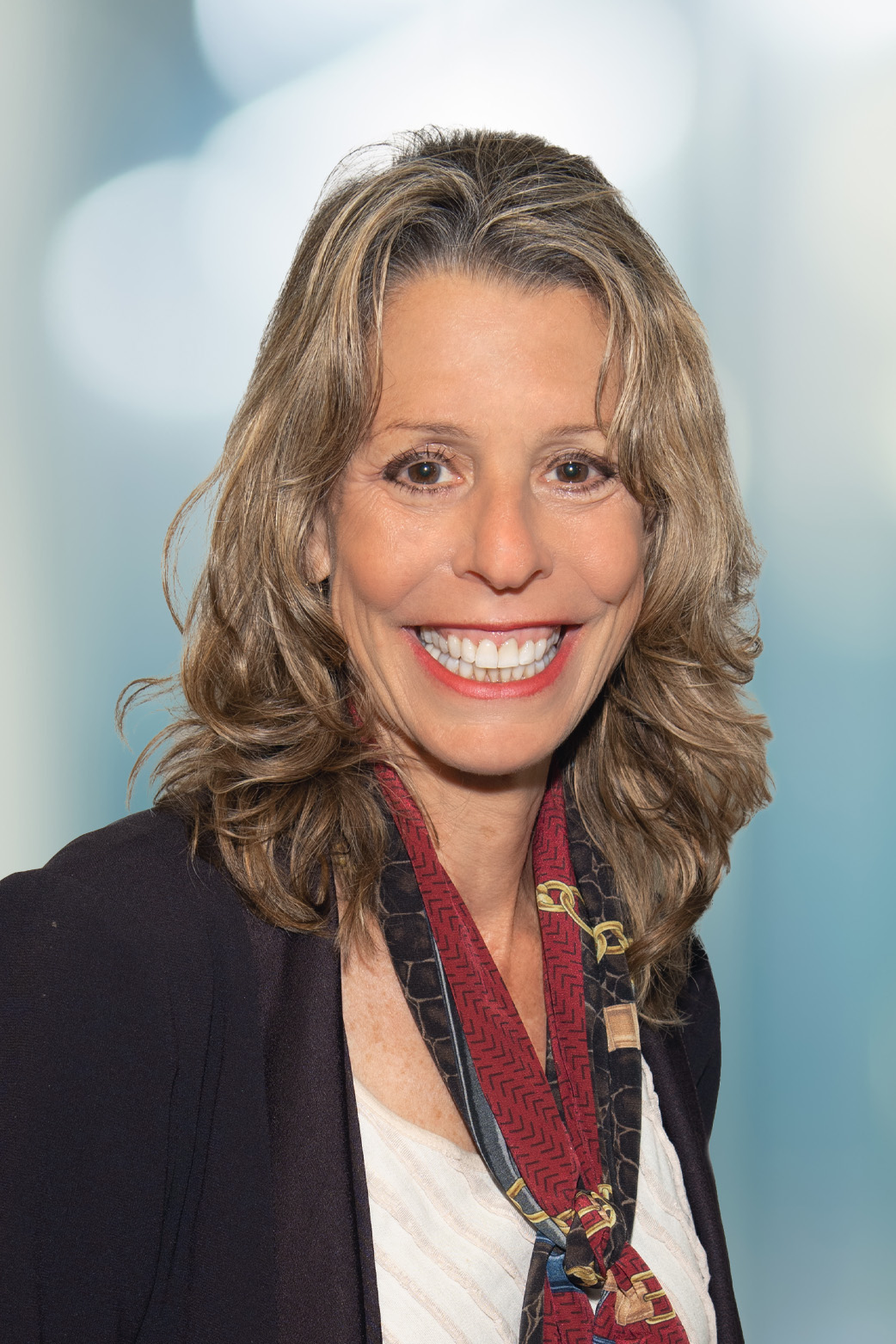 You have heard the cliché: “60 is the new 40.” In today’s law firm, however, the 60-year-old may very well be at the prime of his or her career, and many firms are taking notice. Firms committed to building critical mass, particularly in key practice areas and offices (notably New York) are scrambling to recruit the “big splash” partner. The seasoned attorney from a top-tier firm, approaching the firm’s retirement age but not yet ready to quit, is a prime target. This partner has a loyal client base, the wisdom gained from years of experience, and protégés who are frequently eager and willing to follow the master.

As recruiters visiting the AmLaw 200 firms — particularly the nearly three-dozen who have opened NY offices in the last decade — the mantra we constantly hear is about growth. In fact, in the recent AmLaw 200 Leaders Survey the respondents’ “top disappointments include the failure to attract major lateral partners.”

Firms committed to growth are seeking ways to differentiate themselves from their competitors, while the ever-expanding corps of seasoned, senior attorneys — not quite ready to call it quits — is positioned for a late-career job change. The subject of mandatory retirement policies transcends industry boundaries and personal ones.

More than half of the firms in the AmLaw 100 have mandatory retirement policies, which were implemented with the view of making room for younger partners or avoiding difficult conversations with long-time colleagues about the perception of a diminishing skill-set or loss of appetite for long hours. However, on January 19 a special committee of the New York State Bar issued a report advising law firms to end mandatory retirement policies: “mandatory retirement — requiring a partner to leave the firm upon reaching an arbitrary age — is not an acceptable practice.”

Many of those firms that are determined to grow or keep talented senior lawyers will make exceptions for productive partners. For example, several national firms not based in New York have recently added lateral partners who had been required to retire from their former firms: Henry Blackiston, a Shearman & Sterling LLP partner who joined Seyfarth Shaw LLP; Paul Bshorr, a Dewey Ballantine LLP partner who joined Reed Smith; and William Carmell, a Winston & Strawn LLP partner who joined Ford & Harrison LLP to name a few.

Eugene Tillman, an Executive Committee member of Reed Smith, who helped recruit the Dewey partner, declined to talk about the firm’s retirement policy, which he said was a sensitive subject. Tillman went on to say that the firm’s approach is finding top talent that “makes a good business case.” The firm prides itself in being creative and flexible in order to make things work. That philosophy has been successful: The firm’s New York office is at nearly 100, while total attorneys firm-wide has grown from fewer than 351 in 1996 to more than 1550 today.

Abby Wenzel, managing partner of the New York office of Wolf, Block, Schorr and Solis-Cohen LLP, states that the firm’s retirement age of 68 is rarely enforced. The more important question to Wenzel is not the age of the partner but rather, “who inherits the practice?” The firm would rather see the senior partner stay until the practice is institutionalized — no matter how long it takes. Wenzel is also determined to help build the New York office, which in recent years has been successful in attracting a number of talented senior lateral partners and is committed to continue on that path.

Jamie Hutchinson, managing partner of the New York office of Alston & Bird LLP, an Atlanta-based firm, puts it this way: “When you’re an out-of-town firm in New York, you are willing to look at situations that you might not look at in Atlanta.” The firm’s retirement age is 65, yet Hutchinson has asked Major, Lindsey & Africa to help him build the New York office by being “opportunistic” and focused on candidates with business in their core areas, no matter how senior. In 2006 alone, Alston & Bird’s New York office successfully recruited more than 25 attorneys, including real estate partner Joseph Forte, 59, accompanied by a team of 13.

Seyfarth Shaw LLP, a full-service national firm founded in Chicago in 1945, is well on the way to building the critical mass needed for its New York office. It has no mandatory retirement policy and has doubled the number of attorneys in the last year alone. In the first quarter of 2007, it expects to bring in approximately 10 new partners and soon thereafter will move to new offices with space for 155 lawyers. The firm is confident it won’t have unused space for long. It prides itself in valuing the many strengths and contributions that a more experienced partner can bring. In fact, the firm has a number of partners in their 60s and 70s who are “huge contributors,” according to Lorie Almon and John Napoli, co-managing partners of the New York office. Currently, they are meeting with a number of “exceptional candidates” who are on the older side.

In January 2006, the firm hired Henry Blackiston, a former Shearman & Sterling LLP partner, and senior member of the employee benefits practice who was fast approaching that firm’s mandatory retirement age. Blackiston was at Shearman for 37 years and a very successful team had been built during that period. He hopes for similar accomplishments at Seyfarth, and Napoli and Almon are pleased with the results so far. They believe that Blackiston’s network of contacts, along with his known expertise, have resulted in some very visible successes. This includes the practice he is building as part of his new firm’s team, as well as his ability to attract other laterals. He has also taken a leading role in the firm’s pro bono practice, which needed a boost prior to his arrival. According to Almon and Napoli, Blackiston came in “energized … ready to strengthen relationships the firm already had” (in addition to seeking out new ones) and contribute to the overall well being of the firm.

In a conversation with Blackiston, he certainly did sound like an attorney at the top of his game. He spoke about Seyfarth’s culture as one of being “in the same boat rowing together.” Blackiston also stated that retirement “is not what it used to be in the U.S.” He believes that in many cases, people want to work for more years because they have the energy and the will to do so. In addition, some are having children later in life, which completely disrupts traditional thoughts of retirement timing.

Robert Sparks, a products liability attorney who joined Dechert LLP in New York in 2004, seems much younger than his 69 years. He has a self-effacing charm that has served him well in and out of the courtroom. His major client, a large pharmaceutical company, believes in his talent by engaging him in case after case. He has survived major management changes within the organization and has become the go-to lawyer for various high-profile products for which the company is known.

By 2006, Spark’s practice increased by more than 60% since joining Dechert LLP. When asked to what he attributes this, he shrugs his shoulders. When pressed, he admits that he’s perhaps a better lawyer now than ever before. “I learn something new with each case … and when you get older, you don’t worry as much. … ” Sparks then gives an anecdote of a recent case in which the young, opposing counsel approached the bench and complained to the judge — a woman of a certain age who Sparks says is one of the nicest in the federal court system — that she was intimidating him. Bemused, Sparks interjects: “Your Honor, I’ve only been here a day-and-a-half and personally, you scare the living dickens out of me!” The judge laughed and the young attorney wondered aloud how Sparks had the guts to speak to the Judge in that manner. He admits he wouldn’t have at age 35.

Sparks also feels that he’s a better mentor to younger attorneys. He often encourages and supports them to take depositions for his clients. He believes they are hungry to do the work and will prepare diligently and succeed. He even went so far as to say that they probably do a better job at taking depositions than he would. In part, Sparks is able to share and teach because of the level he has reached. He no longer worries about the perception of his abilities; he just knows he has them.

When asked about his views on mandatory retirement ages at law firms, he admits that he’s “not exactly objective” about this subject. He notes that, traditionally, an older lawyer who initiated client relationships eventually stopped billing but continued to get credit for originations. He gives another view about the shortcomings of mandatory retirement: “If you look at the longevity tables — how long people live — and let’s say you are 25 years old when you start out … at age 65, you’re expected to build up enough money in 40 years to last for the next 25.” With the ever-escalating costs of living, and with more ambitious plans for an active life after retirement, greater resources are needed than are accumulated by age 65.

Sparks does point out that Dechert LLP has a mandatory retirement age of 70. Although that time is not far off, Sparks doesn’t seem worried. He will be ready to think about his next chapter, if needed. And that certainly doesn’t include retiring.

Firms committed to growth and attracting top talent may wish to consider the following suggestions:

1) Abolish the firm’s mandatory retirement age policy — and make it a big deal when you do. This will send the right message to highly productive senior attorneys that you evaluate your partners on a case-by-case basis, which should be firm-wide policy. Mandatory retirement policies were first created to show a commitment to the next generation. Growing firms should have a commitment to all generations. When we meet seasoned candidates ready to consider changing firms, one of the first questions they ask is whether or not there is a mandatory retirement age. This question is often asked by partners in their 50s.

2) Re-evaluate antiquated policies that encourage less productive partners to hang on. For example, “origination credit” should never be for life. There should be a process to enable institutionalizing clients. The “working” or “responsible” attorney should share in the origination credit, while the origination or relationship partner should be rewarded for involving new attorneys in matters.

3) Create programs that encourage the most productive senior attorneys to stay. Consider senior counsel status with reduced work schedule; promote and reward mentoring roles taken on by senior attorneys; and weigh the importance of total hours over billable hours at compensation time.

4) Be flexible when considering individual laterals and groups. Evaluate the candidates on merit alone. Many vigorous senior attorneys have told me that they will “have to carry me out of my firm.” Don’t assume you know how long the prospective lateral will want to continue practicing. As one litigator who has been practicing for nearly 45 years said, “this is my life … I don’t play golf … this is what I do best.”

Armed with a Harvard M.B.A. from the class of 1939, my 89-year-old father did not hit his professional prime until he was well into his 60s. By that time, he had built a significant roster of loyal clients, and garnered respect and trust in his field. He made more money for the company — until his forced retirement at age 78 — than he had at any other point in his career. His greatest professional regret was not having finished law school at Northwestern University. He began his first year in the fall of 1939 and was asked to write for the school’s Law Review. In 1940, the entire class headed for WWII and the law school closed down until the war was over. Had he practiced law, I wonder if he would have been forced to quit just when he was hitting his stride.