Stay Or Go: Reading The Tea Leaves Of A CEO Transition As General Counsel 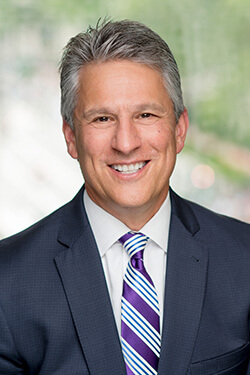 Leadership transitions put employees on edge, and for good reason: a new chief executive officer means that everyone in the company is once again auditioning for their job. While all members of the C-suite should expect some level of scrutiny, surviving a chief executive transition can be difficult for a general counsel due to the interdependent nature of the roles of GC and CEO.

As the organization’s chief lawyer the GC represents the company itself, not any particular employee or even corporate officer. Ultimately, however, an institution acts through its officers, so the GC’s most important client relationship is with the company’s most important officer, the CEO. In recent years, the GC role has evolved to that of business strategist and consigliore to the CEO, meaning rapport and trust are of paramount importance in this relationship. The retention or selection of the company’s top lawyer may come down to the personal choice of a new chief executive. Indeed, it is no surprise that GCs are one of the more common positions replaced by a new CEO.

Here are a few things GCs should consider in order to make an informed choice about their next move when faced with a new CEO, including what they should be doing before such a regime change.

In general, the best indicator of whether the C-suite—including the GC—will lose­ their jobs when a new boss arrives is overall business performance. It’s no guarantee, but there is usually less incentive for a new CEO to make big changes when the company is performing well. Underperformance, however, means everyone’s at risk. This is especially true when a CEO’s predecessor departed due to poor financials; in that circumstance, the new leader is likely to be under pressure from the board to make significant change.

Beyond financials, the tenor of the former CEO’s departure can also shed light on whether the C-suite will stay on. A CEO inheriting a company from a popular former chief who left under positive circumstances is less likely to clean house immediately. For instance, enacting a long-planned, natural succession typically indicates the company values stability, thus making it less likely drastic change will occur further down the hall.

Beginning with the formal interview process and throughout early interactions, the GC should assess her relationship with the new CEO. If participating in the interview process isn’t an option, the GC can tap into professional networks to get a better sense of the incoming chief executive. In any case, the GC will quickly know where she stands within the new administration.

Whether staying or going, the GC should consider planning her next move proactively, before the new CEO has the chance to make that call. Generally, we see three options in such situations: prove your value to the CEO with the intention of remaining in the role; use the transition as an opportunity to seek another role within the company; or seek an exit and a new job elsewhere.

In order to prove value, the GC should have at hand her departmental budget, outside counsel spend analyses, client satisfaction survey results, organization charts and succession plans, and other like reports. In a word: metrics. The point is to have a ready-made, business case response to answer the inevitable question, “What do you do?” And in such cases, having a well-developed legal operations arm can be invaluable to a GC.

While a CEO transition may seem to the GC an opportune time to explore the possibility of a different role within the organization—perhaps a move into the business side—it is not likely such efforts will be fruitful at a time when her existing job is already under review. A promotion is more likely to arise organically once the GC has gained the confidence of the incoming CEO. Making the business case by showing mastery of your current role, i.e., the value derived from the legal department in tangible, track-able metrics, is the best path to securing added responsibility under a new boss.

In the end, change can be good and it may be that leaving the company is the right choice for the company and the GC. In this scenario, prior planning is of the utmost importance. Professional ties and networks should be established and buttressed well in advance of a GC needing to call upon someone when a new CEO arrives. An experienced executive recruiter should likewise be part of that network to help evaluate options and plan for the long term.

The only constant is change and with change comes opportunity, both for the company and for the GC, perhaps together or perhaps apart. Preparing for the inevitable will clarify and expand the available options inside and outside the organization when that time comes.

This article was originally on Law.com on June 18th 2018