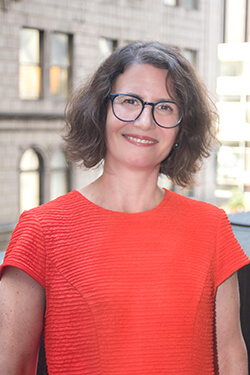 As more law schools boycott participation in U.S. News and World Report’s top schools list, it’s an opportune time to reflect on the role that such rankings play in the legal industry.

There’s no question that the practice of law is, by its nature, competitive and impactful. Graduates of law schools draft and enact legislation, create the case law that alters future litigation, and write the adhesion contracts that govern our relationships to everything we use and experience daily. Lawyers tell CEOs what they can and cannot try to get away with. Lawyers create, and then limit, our rights as humans in this country. It makes sense to set hurdles before granting such power.

Getting into law school is difficult, and graduating even more so. The winnowing continues after graduation—only 63% of those who earn their degrees will actually practice. Of that fraction, many will make far less money (and obtain far less access) than what you’d consider “normal” for an attorney.

While supposedly many hope to repay their student loans by working at least temporarily in Big Law, with its storied lockstep salaries and bonus plans, only 14% of lawyers work at firms with more than 100 lawyers. Plus, the Am Law 100, as they should, generally seek to hire from top-ranked schools, decreasing the chances they will be dealing with students who needed to borrow money in the first place.

Students who need to borrow money to afford law school are less likely to graduate from top-ranked schools. But it doesn’t have to be that way. U.S. News surely had good intentions, looking to protect students from over-borrowing for a career that would under-deliver financially.

But in reality, their ranking system penalizes schools for accepting students who graduate with debt. Were this not the case, perhaps more people from a broader array of financial backgrounds would earn the type of access more frequently granted to those who attend top-ranked schools.

Perhaps it also matters that that same hallowed ranking system penalizes law schools for having paid public interest fellowships. In other words, to be ranked at the top, a school must make sure to not go too far in encouraging use of this newfound access for the public good. The U.S. News ranking does penalize a law school for employing graduates in this way.

The rationale behind the penalty may seem sound, in that prospective students have a right to know whether graduates from that school will find meaningful work on their own afterwards. But in the end, it effectively discourages public interest education and opportunities for the people seeking access to societal-shaping powers.

I run a nationwide lateral associate recruiting function for the world’s largest legal search firm. I have advised many lawyers on their careers, and have placed attorneys into executive-level leadership positions, entry-level staff attorney roles, and everything in between.

There are always pre-determined requirements for any given role, and hiring is a frightening enterprise. For these reasons, I will always defend the rights of employers to be choosy. But employers tend to rely on choices made by others, meaning they often ask, who before me took a chance on this candidate?

For lawyers who graduate from schools that have been ranked nationally (using the criteria above), this question takes on an exaggerated weight. The question of how your school was ranked matters throughout a lawyer’s career more than for executives in other functions.

In my 12 years of legal search, I have relied heavily on those rankings to help my clients make their best hires. But I have never seen a study demonstrating that people who choose public interest endowment employment are underperformers, and whose alma maters should be viewed with skepticism.

I have also seen zero evidence that people who needed student loans to attend law school are either less—or more—worthy of becoming attorneys. Perhaps reasonable adults should ask, is this the way we want to determine who gets the higher rank, and whose graduates will gain greater access to society’s institutions?

So far, the withdrawing schools have all cited the same two scoring considerations mentioned above. These elite schools—all but one of which are ranked in the top 14—will remain unharmed by this very public stance.

That need not detract from what these schools have done—create one form of pressure without directly harming themselves. If they follow through by exercising their freedom to create public fellowships and educate deserving students in need of financial support, then by all means, we should applaud them for this step.

We should also hope it becomes contagious. Law school is an aspirational place—let’s aspire together to improve how we rank them.