Why Didn't I Get a Job Interview I'm the Perfect Fit 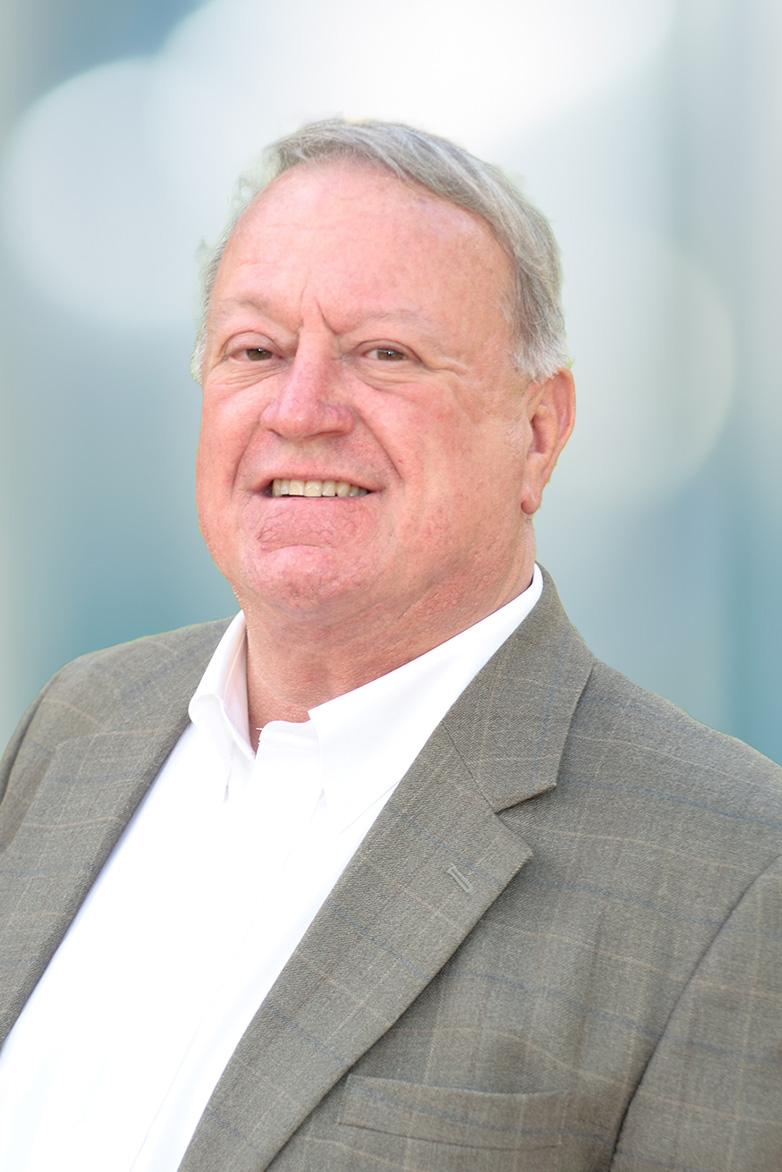 As a recruiter, I have advised countless lawyers (and would-be attorneys) on their career. There are many satisfying elements to my job, particularly when I match the perfect candidate with the perfect job. However, as I tell my recruiters, perfection is found in neither; only God and beer are perfect.

The most unappetizing part of my job is breaking bad news to a candidate who clearly wants a job that I'm charged with filling, and, even more distressing, feels that they are an exact match for the position. How do candidates come to this high expectation?

The new nature of recruiting is partly to blame. The digital age plays a significant role in how recruiters attract candidates. Years ago (I founded Major, Lindsey & Africa in 1982) when we recruiters relied primarily on the telephone, the mode of communicating with candidates put a premium on brevity. If asked to provide a detailed explanation of a job opportunity, you were forced to severely limit the number of candidates with whom you would speak on a daily basis. We also relied to some extent on mail and advertising in legal periodicals. Advertising costs were such that you described the search in the fewest words possible. However, the advent of websites and email changed that.

Major, Lindsey & Africa pioneered the "Position Description" (PD), whereby the recruiting firm composes a document detailing a job's requirements, including client description, location and additional information calculated to make the opening compelling to the target audience. Everyone benefitted: clients got a more fulsome treatment of the positions they sought to fill, candidates received details that would have been almost impossible to obtain during short one-on-one telephone pitches, and headhunters spread the word in what was a revolutionarily efficient manner.

Along the way, however, this process got muddled albeit being with good intention. One factor was the client's request to preview and modify the PD in ways that tended (in my view) to water it down by removing aspects the client thought too revealing or potentially troublesome.

My favorite example is the PD in a GC search for a chewing tobacco company. The client was displeased that the PD included the scientific community's assessment that chewing tobacco was less harmful than smoking tobacco. The client explained, "We do not engage in that debate," to which I pointed out that they were the only ones in the world who didn't.

Recruiters share in the blame, not wanting to limit searches too severely. In an attempt not to narrow descriptions so much that prized recruits would self-select out of the process, PDs were often cast broadly. The addition of feel-good requirements like strong communication skills, leadership, ethics, business acumen, etc. rounded out the description nicely, stated the obvious, and – importantly – was always met with client approval. The problem is those words do not narrow the field at all, much less create a pool of candidates well-matched for a position. Just imagine someone thinking to themselves, "Let's see, I'm unethical, so this job isn't for me..." Our well-intentioned wording becomes a waste of verbiage.

While the PD began as an efficient way of communicating a search to potential, properly-equipped candidates, today a PD can become inefficient and often miscast. This produces candidate frustration for those who read job postings, carefully matching each criterion against their background, determining themselves to be a perfect match, only to be surprised when they are not called to their first interview. How does this process run off its rails?

Here are considerations candidates should keep in mind during the job application process.

1. All requirements are not listed.

Many searches contain requirements that are unspoken or inappropriate for external publication, whether it be from the client's or recruiter's perspective. Examples might include sensitive areas like years of experience (fear of age-related discrimination suits), or a client's well-intentioned desire to diversify its workforce, especially its executive ranks (fear of suits by angry white males).

Some of the sensitivity pertains to a client not wanting to alienate existing, valuable employees who may feel threatened if a more senior person was hired "over their head." A client might divulge to a recruiter that he/she would like to see candidates from specific companies or law firms, but, for obvious reasons, this would look awkward in print. Another requirement that one rarely sees on PDs are compensation levels, because clients don’t wish to be "pinned down" to an amount before testing the market.

It is rare when position requirements remain the same throughout the course of a search. Part of this derives from the fact that, entering into a search, clients aren’t fully aware of the market (who is available and at what price). Clients tend to realize at a later point something else of significant importance from the search process, and they re-calibrate.

A painful example is a search I did for a major Silicon Valley company, years ago. After presenting a slate of 10 fabulous candidates, "Start again," was my client feedback. (This, after two months of sourcing candidates!) “We need people who have been a GC in a company with at least $10 billion in revenue.” When sketching out the spec initially, the client simply hadn’t yet recognized this criterion, and I had not asked the important question of whether past experience in a company with a specific revenue target was important. Lesson learned.

3. Clients often demand pedigree, yet don't want to limit themselves at the outset.

Everyone knows there are many fine lawyers who didn't attend the most prestigious schools. If I had a dollar for every time a candidate from a "lesser" school has told me, "I can work circles around those Harvard guys…" I'd be a very rich man. The fact remains that paper credentials are important, because they reflect that a candidate has won through the years-long competition that starts in high school, moving steadily up the food chain of excellence. I don't endorse or invalidate this attitude; it exists, and candidates should be aware of its strong legacy when applying for positions.

Unfortunately, that legacy often exists in the lamentable form of a CYA-type of mindset where the hiring authority feels less-susceptible to scrutiny or criticism if they hire the bejeweled resume over the non-name brand. As a result, when Major, Lindsey & Africa prepares a slate, we are subtly pressured to respond to this attitude by recruiting the best CVs we can find. The sweet spot is to pull a slate that also represents the best lawyers for the position. It's the recruiter's job to strike that balance to unearth the best fit possible.

Please note, this is not to say that one must have graduated from a top 10 school and practiced in an AmLaw 100 firm to make our slate. But I would venture to say that those candidates who do fall within this category tend to make a headhunter's slate more often than those who lack comparable credentials. Don't shoot the messenger; we're only responding to our clients' demands. And for those who advise me, "Bob, here's your chance to influence your client by educating them that there are non-pedigreed lawyers who are a better match," I have tried to fight that battle and have lost many more times than I have won.

So why don't we put "Top 10 Schools Only" in the PD? First, we have to recognize what I said at the outset--not all great lawyers attend these schools. Second, the PD would be elitist, which of course has been a stereotype of BigLaw. But that landscape is changing for the better. Third, as stated previously, clients' specs often morph during the search's course. Thus, it's dangerous to draw a very narrow spec given the certainty of change.

4. Clients often give priority to locals and those with industry experience.

The flood of applicants for each search means clients have the luxury of picking and choosing as they please. It's Economics 101. Knowing theirs is a buyers' market; clients have come to prioritize those candidates who don't require relocation, as well as those whose industry experience aligns with their own. As to relocation, it's not about paying a moving van several thousand dollars to transport household goods, although everyone -- companies too -- likes to save money. It's mainly about risk.

Clients understandably hate to invest months in recruiting someone, only to have that person not "take root" in their new locale. Whether it's the grandparents missing the kids, or the spouse who hates the weather or the new neighbors, relocations entail risk. Clients also draw a bit of comfort of hiring locally since they feel that references are more easily checked with greater reliability; they usually know someone at the company where the candidate has worked. This is especially true in highly-networked places like the tech industries in Silicon Valley, Boston or Seattle, and the energy industry in Houston, Calgary or Denver. Even when a non-local candidate makes a slate presented to a client, those candidates who are local and have industry-specific experience often secure the first interviews. And, if the headhunter has done their job in presenting candidates who are all first-rate, the client will often hire from these initial people who are advantaged by interviewing first.

This is the big one. Candidates who often display the greatest frustration about not making a slate (or getting an interview) are usually unaware of the severity of their competition. One need only hear (as I do repeatedly) the comment from a candidate, "You're not going to find my combination of skills and experience..." I have an answer for those people: We will, and do, find them. With a candidate database of more than 500,000 lawyers and a team of more than 200 talented recruiting professionals, our firm finds the best of the best. That's what our clients expect us to do, and that' why they hire us.

I can see how a lawyer feels that their uniqueness outshines others—even if it's a self-evaluation many times reinforced at home—but there are many fine lawyers in the market, and that number increases daily. We are paying the price for having more law schools produce more graduates at a time when demand for legal services has slackened and the landscape has changed. As the differential grows between supply and demand, the "price" goes up, and, in a recruiter's world, that price is quality of resume and the closest match possible between what a candidate offers and what a client requires. This, then, is the answer for those candidates who respond to our postings with the opening comment, "Now, I know that I don't meet all of the listed criteria, but..."

Candidate frustration is inevitable; but I hope this background provides some clarity and puts the search process into perspective so applicants are realistic. And the more pragmatic a candidate is about the realities of the market, the more attractive that candidate becomes.

READ THE COMPLETE ARTICLE AT INHOUSEBLOG