Learning to Develop Business? Think like a Stand-up Comic. 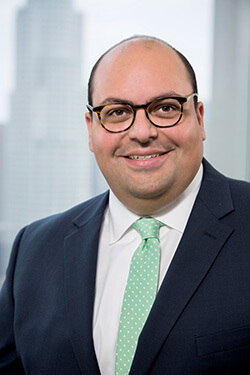 Risk intolerance can be bad news for the aspiring partner. After all, a risk adverse entrepreneur is an oxymoron, like jumbo shrimp. But lawyers who are in the early stages of their career and beginning to build a book of business should stop thinking like a lawyer and instead think like a stand-up comic. The job of a junior comic and the aspiring partner are the same: Build an impactful reputation now to attract business later.

A comic will often exclaim she “killed” when her set goes well, and she “died” when it does not. Comedians think of themselves as warriors, comedy ninjas in a fight for survival with their enemy, the audience. On the other side, I’ve heard law firm leaders describe their partners as either “trappers or skinners,” borrowing the language of the fur trade. “Eat what you kill” is often used to describe a law firm’s partner compensation system. Rainmakers, like comics, are expected to be killers, like fishermen landing a huge client and mounting it on the wall as an origination credit.

Why do lawyers and comics both use violent language to describe their jobs? Because these endeavors are risky and difficult to execute. For comics and attorneys both, competition is fierce and failures are often public. When a joke fails to land, it feels like social death. Most law firm partners are compensated on their ability to originate business; every failure is money lost.

Aspiring partners must embrace the inherent discomfort in putting themselves out there. The earliest stages of business development require only that lawyers strike up a conversation in person or reach out to a stranger by phone or email. For most, these kinds of network-building actions summon fears of social rejection. The human brain tries to avoid this fear like it tries to avoid physical pain. To overcome this demotivating quark of psychology, one must recognize that taking a social risk, like the public performance of jokes or the intentional building of a network, is not tied to one’s physical safety or survival. Stated plainly: The stakes are no longer life and death. Acknowledge feelings of risk and act anyway.

Junior stand-ups spend years constructing a “tight five.” That is, five minutes of tested material with structure — an opening, a closing and repeatable beats — that dependably elicit laughs. This is a comic’s starting point. It’s in perfecting her first “tight five” that a comic learns the craft of comedy. Skills like the ability to elongate a laugh, to read and control the mood of an audience, to handle hecklers and to manipulate audience expectations. As she hones the themes of her “tight five” though performance, she also finds her distinguishing style.

For entrepreneurial attorneys, “the elevator pitch” is the starting point. Young lawyers must take the time to intentionally develop their personal story — with a beginning, middle and end. The story must be repeatable but also adaptable to a particular audience or a spontaneous occurrence. It must describe both individual capabilities and those of the firm (being a good lawyer is a given; what distinguishes you, your group, your firm, your office?). This is the prep work; landing the clients comes later.

A young comedian performs as often as possible and often for free. Why? Because nothing is better for building a reputation than performing a “tight five” in front of strangers. For the beginner, an open mic night at an established comedy venue offers a chance to examine her own material as reflected by the audience response. It’s in the crucible of an unforgiving room where these lessons are learned.

Aspiring partners must do the same. They should seize every chance to deliver their pitch and build their brand – to family and friends, lawyers and non-lawyers, potential future clients and those unlikely to send business. Deliver the pitch at networking events, dinner parties and even to fellow parents on the playground. Pay attention to the listener’s response and learn from it.

Opportunity comes from unexpected sources. It’s up to young lawyers to create the conditions for future opportunities now by priming their network to consider their skills, capacity and expertise.

Eventually, the comedian leaves the open mic circuit for larger and further flung venues. Yet, she continues her strategy of building a noteworthy reputation in pursuit of larger goals. As the comedian dreams of Madison Square Garden, so too should the aspiring partner consistently peruse network growth and brand articulation in the hunt for a book of business.

Dale Durham is a Director in the Associate Practice Group of legal recruiting firm Major, Lindsey & Africa. Based in Southern California, Dale works with law firms to identify talents associates to join their practices and acts as a career advisor to associates throughout their careers.