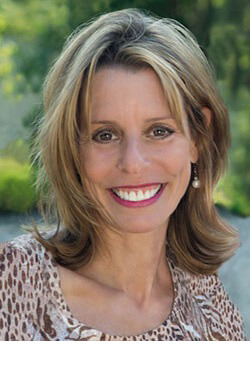 According to consultants and the legal press, 2009 was the Year of the Lateral, with a record number of lateral partner moves in the AmLaw 200. In the 12 months ending Sept. 30, 2009, 2,775 partners left or joined the biggest firms in the country, a 10.6 % increase over the previous year. As reported in The American Lawyer, an ALM sister publication of this newsletter, litigation represented 17% of the moves, followed by banking and finance (15%), corporate (10%), intellectual property (9%), and bankruptcy (4%). The high percentage of banking and finance moves was directly connected to the closing of Thelen and Thacher Proffitt & Wood, which left many finance partners searching for new homes.

This year is likely to be another record year for law firm lateral hiring. In periods of economic flux, one of the principal ways to increase law firm revenues is to hire qualified lateral partners with substantial practices. As Greenberg Traurig’s CEO Richard A. Rosenbaum told The American Lawyer (“Lateral Partner Moves Spiked in 2009, New Report Shows,” February 2010), “It’s been a time of opportunity. The general pool of talent is at a level we’ve never seen before.” There is also a new subcategory of laterals in the market — i.e., seasoned partners who had previously been reluctant to consider moving, but are now concerned about the financial viability or management of their firms.

As most of us know, when a partner decides to explore new opportunities, he or she will typically interview with several firms. The firms will, in turn, conduct due diligence on the prospective candidate. Today, law firms are understandably more concerned than ever about what a partner will actually be able to bring to the table. The vetting process became much more demanding last year, with a partner’s reputation, book of business, client relationships and projected following, personal style, and global connections/experience all playing a role. After preliminary meetings with a candidate, many firms attempt to obtain much of this information by asking candidates to complete a Lateral Partner Questionnaire (LPQ). Many lateral partner candidates, however, are wary of this document for a number of reasons, not the least of which is the time necessary to complete it.

In our combined 37 years in the legal search field, we have met scores of partner candidates and law firm hiring professionals who view the LPQ as a necessary evil. Yes, it is essential to obtain the information that is requested in most LPQs, but why isn’t the process easier? Why is the form so arduous? While few candidates dispute the propriety or necessity of providing the information, the question on everyone’s mind is how to streamline the process so it becomes more efficient and less daunting.

Another set of questions has to do with the timing: When is the best time to ask the candidate to fill it out? And what can law firms do to ensure that the LPQ does not become the largest hurdle in the lateral hiring process?

These concerns and the increasing time demands being put upon partners (since most partner candidates hold onto their current jobs before moving to a new firm) have led us to the conclusion that the answer might lie in the creation of a Common LPQ.

If you, like us, have had the op-opportunity to see a number of different LPQs, you have realized how out-of-hand the situation has become. Some questionnaires are brief, while others look like “War and Peace.” We are suggesting that firms consider adopting a common design — to save time for the firm and the partner candidates, while still ensuring that the most necessary data is obtained.

As a source of inspiration, all we need to do is turn to the academic world. After noticing the same problem with college applications, 15 private colleges established the Common Application Association in 1975 to create a common, standardized college application form. With support from the National Association of Secondary School Principals, the organization has grown exponentially. By the time of the next count (July 2010), 414 colleges and universities will have accepted the Common College Application. According to Admission Scoop.com, “Students find that the Common App saves time by reducing redundant entry and allowing them to easily submit the same essays to multiple institutions. Increased use of the Common App is considered a key factor in significant increases in applications to certain member colleges in recent years.” Earlier this year, Columbia University announced it would accept the Common App, the last holdout of the Ivy League.

No law firm wants a prospective lateral candidate to delay or terminate the interview/hiring process because of an unwieldy or demanding LPQ. If a standard element of a process is an impediment, the process should be refined. A Common LPQ would address three typical problems with most of the current forms:

A partner with a thriving practice has limited spare time. Navigating the time commitment of the interview process can be quite challenging. To also ask him/her to compile extensive historical data on revenues, billings, compensation and conflict information can often be burdensome. The partner can not delegate this task.

The time needed to complete an LPQ is compounded by the variety of metrics used by many firms. For example, the candidate’s current firm may have a compensation system that differs from the interviewing firm. Accordingly, the data collected at a firm with lockstep compensation may be different that that collected by a firm with formulaic-based compensation. Additional time may be needed to locate the data. Also, with certain compensation structures, the requested data might not be readily available to the lateral partner candidate. Although each firm has its own form and manner of expressing the data, most firms require essentially the same information. If a standard form were used, firms could translate the data provided to correspond with their particular metrics. The firm would thus share the burden of data conversion with the candidate.

The timing of when the information is requested can be a delicate dance between the parties. A firm may find it difficult to conduct meetings in sell mode without knowing the extent of a partner’s practice. Similarly, a candidate may be reluctant to share “confidential” information until he/she has reached a significant level of interest.

Very few candidates are comfortable submitting a detailed, 10-page LPQ after the first or second meeting. A middle ground would be a Common LPQ that asks fewer questions. This document should be easier to request earlier in the process since it requires less work and more focused and limited information.

If the candidate and firm determine they would like to take the next step in the process after the initial data is provided and reviewed, the Common LPQ Supplement would then be provided, which would request conflict information, references and permission for background checks.  This supplemental step is also part of the process utilized by the colleges and universities that participate in the Common Application program. When the situation calls for it, they are free to use an additional form with questions that either take more time to answer or do not have “common” responses.

Many firms that use an LPQ as part of the interview process require the same information from prospective laterals. This data would thus represent the core content of the Common LPQ:

The Common LPQ Supplement, which would be filled out later in the hiring process, would typically request the following data:

Adoption of a Common LPQ, using a universal form, would help simplify the process and save time that prospective lateral candidates could otherwise devote to their busy practices. If firms agree to use the same form, a candidate will not be put off by one firm’s more extensive document. Much like the student who discovers the long essay question that no other college application requires, our goal is to prevent partner candidates from narrowing or slowing their search due to a burdensome LPQ. The Common LPQ is an approach truly worth considering — a means to eliminate obstacles to a successful match.