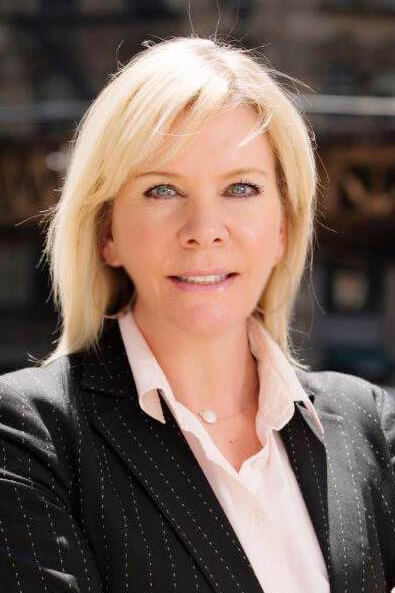 An interview is as much about the non-verbal communication piece of the exchange as it is about the words traded between the participants.  Critical to your success in an interview is your ability to effectively convey your experiences (both professional and personal), show how you are connected to those experiences and demonstrate why they make you uniquely positioned to be a good fit for the firm.  While being able to talk about your work experiences or personal interests is essential, that’s just the beginning to a successful interview.  You want to make sure that you are conveying the right non-verbal cues, as well as reading and managing those of your interviewer.  This piece of an exchange is sometimes subtle and often ends up making or breaking an interview.

Let me give you an example of a downward spiral in an interview which was precipitated, in part, by poor, non-verbal communication on both sides.  When I first started recruiting 11 years ago, I had a candidate who had a Friday morning interview at a firm.  Her slate consisted of 5 individual meetings, with both partners and associates, each lasting 30 minutes long.  She started off well having easy conversations with the first 2 attorneys on her slate.  Then, the interview train came to a screeching halt.

Shortly after her 3rd interviewer came into the conference room and sat down, the candidate heard the bong of his Blackberry (yes, Blackberry-it was 2007 after all). The partner took his device out of his pocket, looked at the message, scowled and mumbled under his breath.  He then asked her a question from which she could tell that he hadn’t looked at her resume.  The remaining minutes of the interview were filled with more Blackberry interruptions and a stilted conversation.  At that point, the candidate later recounted to me that she was “done” and that she said to herself “Why did the firm bother to bring me in- they are clearly not interested.”  When I asked her about the 2 remaining interviews that day, she had little recollection.  Not surprisingly, after her bad experience with Mr. Blackberry, she had “checked out”.

When I talked to the Recruiting Coordinator at the firm, he indicated that the attorneys had mixed feedback on the candidate and they were going to take a pass.  When I pushed to learn a little bit more, it turned out that the negative reviews were not from Mr. Blackberry, but from the last 2 interviewers of the day.  Their impression of the candidate was that her body language was negative (i.e. arms crossed) and that she “lacked energy.”  Curious about Mr. Blackberry, I shared a little bit of the candidate’s experience.  The Recruiting Coordinator was very apologetic and explained that the partner’s wife had been in a fender bender earlier that day and that he was probably worried and distracted.  That was certainly good information to know, but too late for this candidate.

What can you learn from this candidate’s bad experience?  First, you should remember that you are going to naturally connect with some interviewers better than others.  If the conversation flows effortlessly and there’s a connection, that’s great.  If not, it is incumbent on you as the person interviewing to focus on staying engaged no matter what.  9 times out of 10, if your interviewer is distracted, unprepared or otherwise just a dud, don’t take it personally.  Instead, focus on your own body language to help keep the interview on track.

A simple trick is to remind yourself to sit up straight and make good eye contact.  It’s corny, I know.  I mean how many times did we all hear that advice from our mothers growing up?  That said, I’m always amazed by how quickly a person’s energy positively shifts when they go from sitting casually in a chair to sitting up straight.  This small gesture can be very powerful and should be a “go-to” in your interview tool box.  Additionally, you should always have a few questions ready to ask if there’s a lull in the conversation or you are struggling to stay engaged.  Put together strong body language with some thoughtful questions, good eye contact and an affirmative head nod when appropriate, and you are well on your way to making a strong impression.

Like the candidate in my example, another challenge you may encounter is staying engaged over a day filled with multiple interviews.  Answering the same question over and over again can become tedious.  Given this, it’s not surprising that most of the negative feedback I hear about candidates comes from interviewers on the back end of interview slates.  Most candidates tell me that they feel like they are boring the interviewer with their answer.  While it may feel like that to you as a candidate answering the same question for the 6th time, you have to remind yourself that the interviewer is hearing your answer for the 1st time.  In between interviews, take a moment to take a deep breath and consciously hit the re-set button in your head before you begin the next interview.  If you’ve ever used an Etch A Sketch, imagine clearing your mind like you’d shake an Etch A Sketch when you are ready to make a new design.  And, never hesitate to ask for a water or bathroom break if you need one- or even if you don’t, but want a few minutes to compose yourself and make sure you are emotionally on track.

Imagine how differently my candidate’s interview would have gone had she heeded the advice above.  The most critical thing to remember is focusing on controlling what you can control- YOU.  Your goal is to keep yourself in the driver’s seat by 1) being present in the moment, 2) maintaining positive energy and body language, and 3) not allowing negative vibes either towards or from the interviewer to adversely affect you.  At the end of the day, you may decide that you don’t want to work for a particular partner based on his/her behavior in an interview, but you want that to be your choice.  By staying in control and sticking to your game plan during an interview, you will maximize your options and increase your chances of success.

Beth Woods is a Managing Director in the Associate Practice Group of legal recruiting firm Major, Lindsey & Africa. Covering the Midwest, Beth works with law firms to identify talents associates to join their practices and acts as a career advisor to associates throughout their careers.