DLA Piper's Stasia Kelly On The Quest For Gender Equity 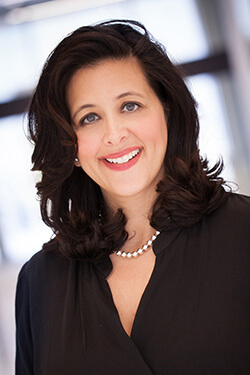 “Path? What path? I didn’t know there was a path to begin with,” says Stasia Kelly, DLA Piper’s co-managing partner for the Americas. “There were just decisions and opportunities that came up along the way.”

Kelly was the first in her family to graduate college. She didn’t even think about going to law school until she was three years out of college and realized she missed learning. She was working for Martin Marietta in the employee benefits department when ERISA was being legislated in Congress, and she realized that she had a penchant for the law. Martin Marietta had a program that paid employees’ tuition for graduate school, so she applied to the evening program at George Washington Law School.

After law school, Kelly took her first law firm opportunity at Wilmer, Cutler & Pickering. She made a slight four-year detour before starting at Wilmer, when her new husband became the head of the FBI region in Dallas. She started at Wilmer in 1985 and spent 10 years there, as an associate and a partner. In 1995, she was recruited to go in-house as the general counsel at Fannie Mae. This began her 15-year career as a general counsel, where she helped each company after Fannie Mae—Sears Roebuck, MCI/WorldComm and AIG—through challenging crises and built their legal and compliance functions into high-functioning teams.

Kelly returned to private practice with DLA Piper in 2010.

When I worked in Dallas, the firm I worked for, Carrington Coleman, was a great place for women, even though we had big hair and silk ties! I had true mentors there who were all about training me to be a good lawyer. I never encountered a gender issue there. The firm was 20 percent women, which was very high at the time.

When I returned to Washington, D.C., I spent the next 10 years at Wilmer, Cutler, & Pickering. I had incredible support from the firm as I moved up the associate ranks. The year I was up for partnership, I was also pregnant with twins. My partners thought I was crazy, but my priorities were clear. I was also the only woman in the practice area. One of the senior women came to me before the end of my maternity leave and suggested I step back a year and take more time before being put up for partnership (in those years it was an “up or out” system), but I couldn’t do it; it just wasn’t my personality. And I was fortunate to be made partner that year. I know that many people would not have made the same decision, but I have learned that the only one who can make a personal decision for you is you and your family. I never did like the term “work-life balance”—it is all life!

After law school, I could have stayed at Martin Marietta—I felt an obligation as the company had paid my way through law school. I was working a lot with the CEO at the time. I went to him and he sent me to the general counsel. The law department was pretty big, with 70 to 80 lawyers. I sat down with the GC and asked if wanted me on the team. He said that I was bright and energetic, but “we already have a woman on the staff.” I know I could have made an issue of this—it was pretty amazing that it even happened. But I didn’t make a big deal about it, and instead I thought to myself that this was an opportunity to go learn how to be a good lawyer in a place that actually wanted me and was prepared to train me.

When I went in-house at Fannie Mae, I didn’t see any noticeable gender issues. Even then, Fannie Mae made a conscious effort to have diversity around the table. There were the same subtle issues that women have had forever—speaking up in a meeting and putting out an idea and no one reacting but then some man saying something similar and everyone thinking it was a great idea.

Sears was a completely different matter. The customers were mostly women and they were focused on the customer, but internally I ran into a lot of passive-aggressive males who would smile and nod but then turn around and do what they wanted.

What has been your greatest challenge as the managing partner? What keeps you up at night?

Solving the problem of why we have so few women partners in law firms and even fewer in law firm leadership consumes a lot of my time. It has been way too many years that we have lived with this situation and we need to find ways to solve it. At DLA, we have committed to a number of initiatives to help understand and address this issue—this effort has the commitment of the highest levels of DLA Piper leadership. We simply must solve this issue, and soon. I am happy to be part of this effort.

How important is it to your law firm to have women in leadership?

It’s critical. It is not just a matter of equity and common sense; it is the only way that diversity of thought and action become part of an organization and its culture. That is true for corporations as well as for law firms. Organizations behave differently when there is diversity of gender, background and experience; you generate better ideas and better solutions to problems. The key is to have women in leadership and to have them treated the same as men in leadership. There are still not enough women in leadership, but I have seen the conversation changing, and hopefully the behavior will follow. And then we will see results.

Every day of my life I’m devoting at least half of my day to trying to figure out how to help women in my firm or in companies rise up the ranks. Having someone who has been there and done that is helpful. I am involved in a number of initiatives both inside and outside the firm. In addition, DLA has committed to the Mansfield Rule, under which a percentage of our leadership positions will include diverse candidates. DLA has also partnered with the head of diversity at the New York University School of Law. We have done training on issues such as unconscious bias across the firm. Our practice group leaders have developed initiatives that each one is incorporating into their practice groups. As I said, I have seen men become much more engaged in the discussion and committed to lasting diversity in the world of lawyers.

What advice would you give to young lawyers who desire to become a partner in a law firm?

Be willing to take a risk. Those risks lead you to opportunities, which lead you to the kind of jobs you want to have. Understand your business and be willing to do things outside the law firm.

READ THE COMPLETE ARTICLE AT law360.com