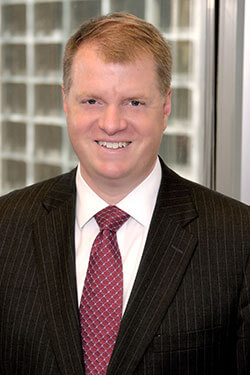 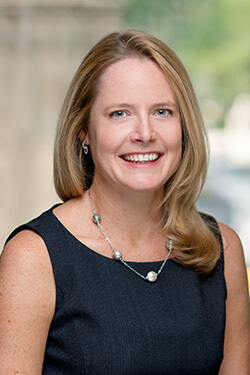 Here in the United States, summer has arrived and the natural inclination is to head outside, whether to go to work or otherwise. The summer of 2020, however, will be unlike any other due to the coronavirus pandemic. Venturing out now requires a whole new calculus for us individually and our returns to the office will look very different depending on where we reside. Of course, the U.S. is not alone in dealing with these unprecedented times. As law firms across the world acclimate to the ever changing environment, U.S. firm leaders can learn a lot from their global counterparts on how to begin the process of returning to the office.

While the coronavirus hit different regions of the world in waves, most countries are in the process of reopening their offices—to the extent they closed at all. Indeed, several Asian countries never fully shut down their economies. “It should be noted that some countries, especially in the Far East such as Taiwan, Japan, South Korea, Thailand and Vietnam, have been open since the start,” said Adam Cooke of Multilaw, which has been tracking reopening strategies for its international law firm member network. These countries have been able to do so due to rigorous testing, contact tracing and quarantining regimens. Other regions, including Europe, have begun the process of reopening and have utilized various methods to limit employee contact.

As more U.S. cities lift restrictions, many firms continue to work remotely regardless. However, as they plan their eventual return to the office, leaders can look to how firms in other regions have addressed preparation for reopening.  In Europe, firms have instituted deep cleaning and reorganization of office layouts; drastically limited capacity; implemented signage and guidance in reception areas, elevators, communal areas and meeting rooms to encourage social distancing; and provided hand sanitizer near high touch surfaces. Masks are also being provided. Matthew Hardeman of Multilaw notes that several of its member firms in England have reopened with occupancy limited to 20% of capacity and the use of only certain stairwells. Hardeman, who is based in London, notes that one member firm with an open office plan had every attorney go in and clear their desks, and then they removed two out of every three desks to create “social distancing.” The firm also eliminated tea/coffee/food prep areas; only water will be provided. It’s hard to see how, for the time being at least, this won’t become a growing trend. Magic Circle firms like Linklaters and Allen & Overy have also opened their London offices, but at a very limited capacity.

Temperature checks do not appear to be the norm, but several firms, including Reed Smith, are having employees who wish to go to the office fill out declarations stating they do not have a fever nor have they been in contact with someone who has coronavirus. Cooke mentioned that some of Multilaw’s clients in China have even more robust protocols, including requiring personnel to download an app to show their status prior to entering the office, and entry can be refused for a variety of issues—from a bad temperature check to evidence that the person had recently been in certain high-risk areas.

Getting to the Office

Once firms determine they are ready to reopen, getting employees to the office can prove to be a daunting effort, particularly in metropolitan areas where driving may not be feasible. Reed Smith just announced the reopening of its London office. However, returning employees have been asked not to use public transportation and to only reach the office by personal means, including walking, cycling, driving, or using ride-hailing services.  DLA Piper also recently announced the reopening of several more of its European offices, including its London office. DLA similarly encouraged its employees to walk, cycle, or drive to their office, if possible, and stated that it developed “working hours and patterns to ensure those who must use public transport can avoid peak or densely populated travel times.”

Closer to home, the New York State Bar Association released its Guidelines for Reopening Law Firms and advocates that firms “discourage travel by mass transit due to the risk of infection in the absence of enforced social distancing and use of personal protective equipment. If mass transit is unavoidable, educate employees on best practices for minimizing risk.”  While these policies are well-meaning and designed to keep employees as safe as possible, they are not always practicable. For many employees commuting to large cities, it’s simply not realistic to walk or ride a bike to the office every day and traveling by “ride-hailing services” can quickly become prohibitively expensive.

Ultimately, in assessing a return to the workplace anywhere, human nature will to some extent override regulations and guidance, and attorneys and staff alike will need to feel safe in returning. Firms may have a difficult time “mandating” a return to work for at least some time until there is a vaccine in place. Both Cooke and Hardeman noted that the extent of lasting change in terms of working remotely will to some extent be a function of culture. Some cultures, for example in Asia, place a heavier emphasis on in-person supervision of junior attorneys and are “show up” cultures. However, there may well be a lasting impact to travel for work in the “Zoom” era, not least because of the favorable economics of a call in lieu of a business trip that requires a flight, hotel stay, and meals.

Many of the firms that have reopened in Europe made it clear that any return must be done on a voluntary basis and that employees who can work from home should continue to do so for the foreseeable future. With all of the uncertainty that still remains surrounding COVID-19, law firms everywhere should expect that remote working will be the new normal for some time.

READ THIS ARTICLE ON ATTORNEY AT LAW