Origin Story: How the Chicago In House Counsel Recruiting Team Came to Be 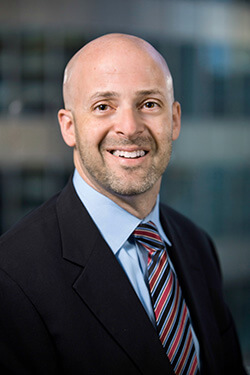 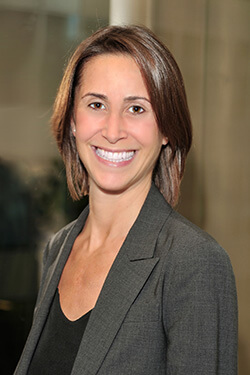 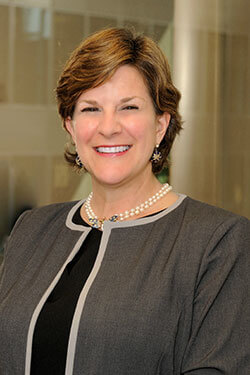 Nearly six years ago, I took a leap of faith, quit practicing law and joined a team. This team consisted of former practicing attorneys who were smart, business-savvy and incredibly empathetic—and all had reached a place in their career where they wanted to make a change and take their careers in a different direction. The Chicago In-House Counsel Recruiting team has changed a bit over the past few years, but today, we still are the leading team of legal search consultants in the Midwest. I continue to be proud to be a part of this team, and I feel so lucky to work with them every day, which is why I’d like to share with you (in each of their own words) the stories of how we came to join the In-House Counsel Recruiting team at Major, Lindsey & Africa.

After graduating from law school and briefly working in a book store, for a promotional company and in the coat check of a nightclub, I became gainfully employed as a lawyer. Two months into my first legal role, I conducted my first jury trial (first and only chair, in case you wondered). At this point, I had a sneaking suspicion that trial work wasn’t for me, but to be sure, I kept at it for another nine years. While I was fairly successful, I never really stopped sweating through my suits at the start of a trial. I knew that my career was likely to take a different turn. It was while working for the government (and as the mother of a one year old), I decided to apply for a job with MLA on a whim. After several rounds of interviews with the In-House team in Chicago, I knew that I had found something special. The chance to join a team of smart, savvy former lawyers who worked closely with organizations to find their lawyers seemed an irresistible opportunity.

As the granddaughter of a car salesman and later-in-his-life personal banker, perhaps moving my career into a more collaborative and relationship-focused organization was inevitable. While I could never hope to be as charming as my grandfather, I did notice that the most enjoyable part of any job I had was connecting with people. Whether they be clients, opposing counsel or customers, I have always enjoyed meeting people and finding out what makes them tick. Translating these skills to the executive search business, I now get the opportunity to partner with organizations, help them find top talent and ultimately make great hires for their legal department. Importantly, I believe in this role I can make an impact on people’s lives as well as help change the profile of “what a lawyer looks like.” Every day, I have the chance to change someone’s life, and I’m so grateful I took this leap six years ago.

In early 2008, I was working for NBC Universal as a media attorney responsible for various entertainment and news productions in the Chicago area. However, I was beginning to seek out other opportunities that could be more challenging and that had more long-term growth possibility, both internally with NBC and externally. Internally with NBC, I would have needed to move to Los Angeles or New York City, which I couldn’t do since I had just met my soon-to-be wife and we both had very close ties to Chicago. Externally, the first signs of the Great Recession were occurring and new job prospects were candidly few and far between.

In March of that year, I sat down at a Potbelly’s with a long-time friend and recruiter to ask for her advice, and she whispered to me words to the effect of, “I’m joining Major, Lindsey & Africa—and it’s a secret. But you should come with me.” I immediately thought to myself but didn’t say out loud, “Sounds great, but who is Major and why is he working in Africa?”

I, of course, did my homework, came in for the interview and was blown away by everything that I heard. I loved the people, I loved the entrepreneurial spirit, and I knew immediately that it offered me exactly what I was looking for at the time – a challenging, unique job that focused on people and changing lives in a place where I could provide keen advice and insight to attorneys in all stages of their career.

I was at an inflection point in my own career and was actually introduced to MLA as a candidate for an in-house job. At the time, I was working remotely as in-house counsel for a San Francisco based company and was craving a return to an in-person professional community. My resume probably reflected my uncertainty around “what I wanted to be when I grew up” – I’d worked in private practice, the non-profit realm and in-house seeking what exactly made me tick. Perhaps sensing my perplexment, the recruiter I was working with at MLA (now a teammate of mine!) gingerly suggested I consider joining their team. Initially, I was skeptical. I’d gone to law school, I was a lawyer, it was my identity. But the more I got to know the Chicago team and MLA and once I understood the various aspects of legal recruiting, I was sold.

Three years later, I can genuinely say I love my job. It combines many of my favorite aspects of previous legal jobs. Being considered a trusted advisor was one of the most valued aspects of my life as a lawyer, and it is something I maintain in this position. It is also intellectually challenging, something I loved about legal practice – I have to have almost insider-level conversance in new companies, industries and even areas of law in order to run my searches well. I get to be a fact finder and make recommendations as to courses of action, just as I did when practicing. I get to be part of a reputable global company. Maybe most of all, it is people- and relationship-oriented in a way that truly makes me feel every single day like I have the ability to make a difference.

I loved being a public interest lawyer, first working on Capitol Hill and then at the Children’s Law Center in Washington, D.C., where we practiced law in a holistic way. There was a genuine focus on the children and families we represented, which by necessity meant building strong, meaningful relationship with everyone involved in our cases – families, lawyers, judges, teachers, social workers and doctors. And, like many of us, I went to law school with the hope I could “make a difference” as a lawyer. At The Children’s Law Center, I felt in a very small way, I was doing exactly that – impacting lives, connecting, helping, guiding. I am not naïve, however; what I could do for our families with often insurmountable barriers was on the smallest scale. But, what I loved about the job were the connections and the relationships.

Over time, however, I stopped enjoying the practice of law that came with it--but I didn’t want to lose my connection to the law. So, I began looking for a job where I could make an impact, build relationships and utilize what I saw to be my strengths while still remaining connected to the law. After many conversations and a LOT of networking (I practice what I preach!), I finally met with a childhood friend who I had not seen in almost two decades—He worked at Major, Lindsey & Africa! Before I knew it, I was in Chicago interviewing for a position in the In-House group. Never did I think I would move to a place I never lived in the coldest part of the country, particularly being someone who hates the cold! But, 10 winters later, I am still here and could not be more grateful to and for Major, Lindsey & Africa, which has changed my life in so many positive and unpredictable ways. I am truly blessed to have a career I love, where I have the opportunity listen, guide, counsel, advise and build relationships every day with the hope of making a difference, if even on a just a small level. I am grateful this found me and I found it!

I am a legal matchmaker (though others might say an executive search consultant, legal recruiter or even headhunter) with decades of experience helping others find professional fulfillment in the law. This career fully leverages my undergraduate business degree from Wharton, my law school education from Northwestern and my robust experience as a corporate attorney in BigLaw (at Arnold & Porter) and a partner at a midsize firm (Neal, Gerber & Eisenberg).

While leading the top legal search boutique in Chicago for many years, I helped general counsel build their teams (including for a competing executive search firm), opened the Chicago offices of prominent national law firms and placed hundreds of law firm partners and associates—in each instance forging relationships with both the hiring client and the candidates. I was excited to bring my successful track record, extensive network and longstanding relationships to MLA’s In-House Counsel Recruiting team in 2016. I regularly place general counsel and help both public and private companies build their legal teams. Focusing on the in-house market weaves the strands of my professional career with my passion to bring people together and help foster strong, long-lasting partnerships. This combination creates a foundation for my continued success at creating win-win situations for clients and candidates alike.

I hope you have enjoyed our “origin” stories. As you can see, we are a team of varied interests and backgrounds, but we all share the same threads of empathy, passion for being a trusted advisor and desire to make a difference. Please let us know if we can help you with a critical role in your legal or compliance department.