What Netflix Can Teach Law Firms About Navigating Controversial Clients 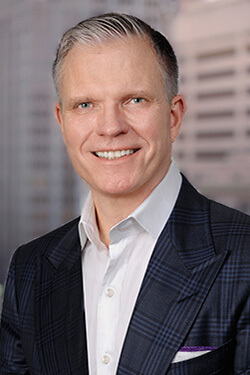 Law firm leaders can learn something from a recent change made at Netflix as they seek to avoid dissent.

Management at Netflix made waves in the cultural waters last week by modifying an internal statement on corporate culture to make clear that, first, the network will continue to program “for a diversity of audiences and tastes,” and, second, if an employee finds some of that content “harmful,” then “Netflix may not be the best place for you.”

In a perfect world (or at least one predating the 2020s), there would be nothing in that policy change of interest to lawyers or law firms. A core tenet of professional ethics has been and remains that a “lawyer should pursue a matter on behalf of a client despite opposition, obstruction or personal inconvenience to the lawyer,” per the American Bar Association. Moreover, our profession is distinguished by the willingness (indeed, sometimes the necessity) of lawyers taking on clients whose causes they do not espouse, or whose actions they do not endorse but whose legal rights need be asserted to assure due process.

For instance, generations of American lawyers point to John Adams’ (largely) successful defense of the British soldiers who fired upon American patriots at the Boston Massacre. And, to make it personal, one of my proudest times during my 12 years as chair of Morrison & Foerster was when the firm took on the defense of John Walker Lindh, the so-called American Taliban, in the wake of the American invasion of Afghanistan.

Perhaps the most common observation about Generation Z and millennials is that they want to work with a company that stands for a purpose, beyond simply making a profit, and that is aligned with their personal value system. If that is true—as reflected in tension over the past several years regarding corporate engagement in political issues at the behest of employee protest—there is no reason to think young lawyers are immune. Case in point: the 2021 dust-up on law school campuses over Big Law firm Gibson, Dunn & Crutcher’s representation of certain energy clients.

It is one thing to survive an attempted campus boycott. It is quite another to deal with internal insurrection over controversial engagements, when disputes can consume vast amounts of management and partner time and leave hard feelings in all corners. And I would posit that many of the most rewarding engagements—both financially and professionally—come with some degree of controversy.

Law firms might be well served by putting their version of the Netflix policy in writing, reflected in policy manuals or similar institutional, cultural documentation. For example: “We have a process at this firm for considering controversial cases before we take them on. But once that process is complete, if the engagement is undertaken, any individual attorney who takes offense at the engagement is expected to join in the firm’s obligation of diligent representation of the client in question without further protest and with strict observation of professional confidentiality obligations. An attorney who cannot comply with those expectations would be best served by seeking employment elsewhere.”

Too pointed? Perhaps. But in a time of changing expectations, it is in firms’ best interest to do their part to set expectations that are wholly consistent with our professional obligations and our proud professional heritage. No apologies required.