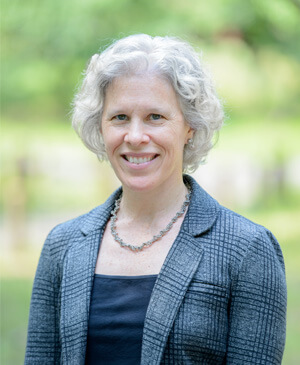 On April 14, 2015, Major, Lindsey & Africa Partner, Laurie Lebrun, was invited to speak at a meeting of the Legal Affairs Committee of the American Chamber of Commerce in Korea to provide an update on the ongoing liberalization of the legal market in Korea. The presentation, entitled Liberalization of the legal services market in Korea - Looking back at the past 3 years and looking forward to phase 3 drew an audience of nearly 70 lawyers from domestic and foreign law firms, as well as counsel from domestic and multinational companies.

It had been just over three years since Ms. Lebrun first gave a presentation to the AmCham group addressing the potential impact of the EU and US Free Trade Agreements on the legal market in Korea. In these past three years, Ms. Lebrun has remained actively involved in the Seoul legal market, assisting international law firms and multinational companies in hiring lawyers in Korea. This article highlights a few key points made during her recent presentation.

First, a review of the regulatory framework for liberalization established by the FTAs may be instructive. In Phase 1, international law firms were permitted to establish branch offices in Seoul provided that they only advised their clients on foreign law. In Phase 2, the Seoul offices of foreign firms were permitted to enter into fee-sharing relationships with Korean law firms in order to facilitate their ability to work together on cross- border matters for the same client when such matters required both Korean and foreign law advice. And, finally, in the still to come Phase 3, foreign and Korean lawyers will theoretically be permitted to work together in some sort of still to be determined partnership arrangement.

Today, there are 22 international law firms that have opened offices in Seoul. We are aware of several other firms that are getting close to announcing new Seoul offices as well, and at least a handful of others that are still considering the possibility. Ms. Lebrun estimates that there will be approximately 30 international firms with offices in Seoul by the time Phase 3 begins for UK firms in July 2016.

The first wave of market entrants was comprised of three firms opening their doors in July of 2012. One UK firm, Clifford Chance, and two US firms, Ropes & Gray and Sheppard Mullin. All three firms had important Korea practices in place prior to the passage of the FTAs, but they were arguably not the biggest or most well-known international firms doing business in Korea at that time. The fall of 2012 saw the largest influx of foreign firms into Seoul, with nine firms opening their doors in a two month period. This second wave saw the entry of some of the biggest foreign offices to date, including Cleary Gottlieb, Paul Hastings, Simpson

Thacher and others. By May of 2013, another seven firms had joined the increasingly crowded market of new Seoul offices. But the rate and number of new entrants then started to subside. Since the summer of 2013, only four more firms have opened offices in Seoul.

The results of Phase 1 for most firms have been promising. Firms that initially entered Seoul with only one or two partners, have started hiring additional associates to staff their matters locally and some firms are starting to consider whether they should add additional partners to their growing offices. On the less positive side, the economy in Korea has not been exactly cooperating. There also is a concern that internal firm pressures to show positive early signs of a growing business in the new offices is leading certain firms to try to get deals by becoming lower cost providers rather than by improving their client relationships and market reputation by providing excellent legal services.

While Phase 1 was responsible for major changes in the competitive landscape in the legal services market in Korea, Phase 2 has had almost no additional impact. Its main objective was to permit the foreign law firms to enter into cooperative fee-sharing arrangements with Korean law firms when working together jointly on client matters that had a mix of Korean and foreign law. In order to do so, firms were expected to file reports notifying the Ministry of Justice (MOJ) of the contemplated fee-sharing. Of course, international law firms and Korean firms have been jointly representing clients on matters with cross-border components since long before the FTAs were passed and continued to do so in Phase 1 of the liberalization process, whether or not they had established a Seoul office. The added administrative burden technically introduced in Phase 2 has essentially been ignored by the firms as they go about their business as usual.

Laurie Lebrun is a Partner with legal recruiting firm Major, Lindsey & Africa. Based in Tokyo, she assists law firms with growing and expanding their practices and guides law firm lawyers through the lateral hiring process.