From BigLaw Partner to Legal Recruiter: Why I Switched Gears 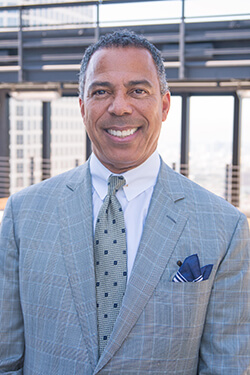 Ronald E. Wood
When it comes to legal careers, it’s pretty common for law firm lawyers to consider a move in-house when they seek to escape private practice, or for government lawyers to consider moving into the private sector. After traveling both of those roads, I took the fork in the roadway that led me to a career in recruiting.

I gained passing familiarity with the recruiting industry over the years but never considered it as a possible career path. In the late ’80s, I had an encounter with Marty Africa, one of the founders of Major, Lindsey & Africa, when I was looking to transition out of my first firm. I met with her not knowing anything about the profession and, as my career advanced, I never had need for a recruiter. But in 2013, Paul Allen, whom I knew from our overlapping time at Morgan Stanley, first broached the idea of me becoming a recruiter. I didn’t seriously entertain the idea because, at the time, I had no interest in doing anything other than being a lawyer.

It’s all about timing

In the fall of 2018, Paul approached me again. I had just hit the milestone of 31 years in the practice and felt tiny a bit restless. I had often daydreamed about uncovering other talents I might have. Paul shared his insights into the world of recruiting, adding some context, so at his suggestion, I agreed to take a meeting with one of his colleagues to learn more. I subsequently met or spoke with several members of MLA’s management team, including Kirsten Vasquez and Laurie Caplane, senior executive director and managing partner of Law Firm Partner Search.

With each meeting, my interest grew and I started to imagine life as a recruiter. It initially was tough to conceive another career path, as my entire adult identity had evolved around being a lawyer, to the extent I thought leaving the practice would be like abandoning my life, and family. When I shared with my daughters my thoughts about possibly leaving the practice, they gave me a high five and asked, “what took you so long?” With the assurance that they would still love me, I knew my path was set.

Transitioning from the practice of law to legal recruiting has been surprisingly seamless. From the day I decided I would give this a go, it was like a switch went off and the burden of 31 years of worrying about other people's problems was suddenly lifted from my shoulders. Now, my days are spent being a brand ambassador and an intermediary, trying to make marriages between those who can, and those who need.

Being a recruiter has its advantages. It can be lucrative, so you don’t necessarily have to take a step backwards, financially. You also get to meet and work with the best and brightest partners in the top firms—the legal lions, innovators and game-changers.

There are also challenges. The process of identifying candidates, building a rapport and making a placement isn’t predictable; its very fluid, with a lot being beyond your control. Not every deal is going to close, and not every year is going to be great. You have to be ok with some degree of uncertainty.

One thing that has really surprised me about MLA is the amount of data at our fingertips. There’s so much accumulated knowledge about the legal market, its just astounding. Having practiced in a particular area of law, I knew a lot about the lawyers, issues and actors in that area. I'm now learning about other practice areas, which is both interesting and quite enjoyable.

I’m really grateful to Paul, Kirsten and Laurie for introducing me to the recruiting profession and changing my mind about taking a new direction. It's the people here at MLA, from leadership to those in the field, who make the story so compelling. They meet somebody who is skeptical, or at least indifferent—like me—and walk them through the relevant analysis, deliberately, engagingly and with the right kind of prompts.

If you’re at a crossroads…

Practicing law is a great intellectual experience and hugely satisfying. But, over time, being responsible for the affairs of others takes a toll on you. If you’re burnt out as a law firm partner or in-house counsel—or just want to experience something else, but remain within the profession, recruiting is certainly worth considering. It’s the same professional space, just from a different perspective. I found it to be an easy transition.

Switching gears to become a recruiter was the right choice for me, and I’ve never looked back. Indeed, each time I meet with a new candidate, I’m reminded of what life was like as a law firm partner, and reaffirm to myself that I made the right choice for my “second act.”
READ THIS ARTICLE ON LINKEDIN