Lawyers Behaving Badly— How To Lose A Job In Record Time 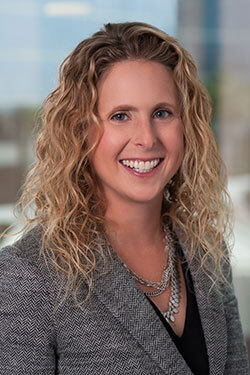 OK, we know we are slightly cheating here as, despite gaining a JD from Harvard Law School, Anthony Scaramucci has never actually practiced as a lawyer, but we simply couldn't resist this example of how quickly and comprehensively someone with a highly respected legal qualification from a highly respected school could screw up a major career move.

Most lawyers are, of course, noted for their tact, diplomacy and reluctance to talk first and think later. Most, but obviously not all. Choosing to badmouth senior colleagues to a New York reporter in a most graphic and colorful way just one day after officially starting his job as head of communications at the White House was an interesting move, to say the least. And one that, perhaps not surprisingly, led to him being unceremoniously dismissed from office just four days later once John F. Kelly, an ex-Marine general not noted for his like of loose cannons, took over as chief of staff. This at least gives Mr. Scaramucci one accolade to add to his CV, namely that he had beaten the "getting fired by the White House" record previously held by Jack Koehler in the Regan administration who had managed to hold down his job as communications boss for an impressive 11 days—and he wasn't even a lawyer.

So if you are tempted to give an unflattering public opinion of the GC or senior partner at your new employer, do remember Mr. Scaramucci and try to hold on at least until your first salary check is safely in the bank.

Barrett Avigdor is a member of the MLA Transform Advisory Services team and Managing Director – Latin America for Major, Lindsey & Africa’s In-House Counsel Recruiting team. She works with legal departments and law firms around the world to help them meet the needs of their businesses and clients and to attract and retain top talent.

Joanna Herman is a Managing Director in the In-House Counsel Recruiting of legal recruiting firm Major, Lindsey & Africa. Based in Southern California, Joanna recruits general counsel, compliance leaders and other high-level and specialized legal professionals for a range of organizations and industries.