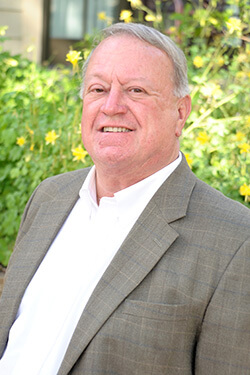 I am a legal recruiter who has placed hundreds of General Counsels in my 32-year career.  My clients have ranged in size from giants like Phillips Petroleum, Stanford University, Clorox, Del Monte Foods, Flextronics, and Clear Channel Communications, to small companies like Facebook (when it was small), The Fresh Market, Parker Drilling Company, and MIPS. The companies where I have placed GCs have ranged across industry verticals, with a heavy concentration in the emerging growth sector. Being based in San Francisco near Silicon Valley from 1982-2006, I represented companies in virtually every tech sector: software, hardware, Internet, nanotechnology, biotech, medical devices, and biopharmaceuticals. In 2006, I moved back to my native state of Texas, to Houston, where I got an immersion in an industry that was comparatively new to me:  energy and petrochemicals. The last eight years have seen a lot of change in the oil & gas industry. In 2012 alone, U.S. crude oil production grew by more than a million barrels a day, the largest increase in the world and the largest in U.S. history. That time frame also taught me a lot about the distinctive characteristics that make for a successful placement in this unique industry. This article relates what I've learned.

The title I selected for this article is something of a misnomer. When CEOs tell me what qualities that they need in their GC, the particular industry, to a large extent, is usually less important than what I would term "generic" characteristics. CEOs want intellectual rigor, judgment, ethics, business acumen and the ability to align legal with business goals, the ability to communicate in plain English, leadership and management skills, knowledge of sound corporate governance, and an affability that makes the GC able to “get along” with the team. These qualities cut across all industry lines and appear in virtually every “wish list” that I receive at the start of a GC search. Once past that basic "wish list," however, is where, as they say, the rubber meets the road. While the failure of a candidate to meet the above basic qualifications will be the undoing of a candidate (before or after being offered the job), I think it’s the supplemental “wish list” that determines the GC’s success once that individual has settled into the job.  For example, in a tech company, the "supplemental list" usually requires familiarity or an affinity with technology and intellectual property.  Rare is the tech company CEO who has told me, “I don't care if our next GC doesn't know anything about our technology." More often, that CEO says, "The GC needn't be a patent lawyer, but they can't have a glazed stare when the conversation at the management team table turns to technology."

What, then, would the "supplemental list" of characteristics look like when it comes to a GC search for an oil & gas or oilfield services company?

First, a caveat. When a company reaches a certain size, and here I am talking about the oil "majors," the list I’m about to discuss may not apply. At a certain size, a company’s requirements for their GC change. Large companies depend less on the GC's particular technical expertise (real estate, litigation, corporate, antitrust) than on other characteristics:  leadership, judgment, the ability to manage a Board, the ability to multi-task amid many competing forces (often Board members), winning and maintaining the confidence of many different constituencies, a sense of strategic vision rather than pure tactical understanding, and, perhaps most importantly, the ability to manage and inspire teams of lawyers, most of whom are senior, ambitious, ultra-competent themselves, and confident in their ability to do the GC’s job.

Risk Management.  GCs – regardless of company size or industry – are commonly said to be risk assessors and managers. But there's risk -- and then there’s real risk. The latter involves activities where people can get badly hurt or killed. Mineral extraction, delivery, and processing are hazardous activities. People have died doing this work, and those deaths, as tragic as they are, are not highly aberrational.  It’s part of the industry. Therefore, the risk assessment that an oil & gas GC does daily is a completely different ballgame than that facing the GC of, say, a software company.  No one gets killed programming software.

Another aspect of risk assessment is where these companies operate in the world. Although the North American oil boom has seen spectacular results in the last few years, drawing the attention of all industry-watchers, much of the E&P (exploration and production) still takes place in far-flung places around the world, and most of that in rugged and less-developed territory, and places that are often lawless (the kidnapping of 276 Nigerian girls by Boko Haram is but one example). As I often hear, "They don’t drill for oil in Switzerland."  In places like West Africa, Libya, Russia, and China, the "norms" of doing business assume a different category of risk that adds a new dimension to the workload of an energy GC, and it doesn't end with just the FCPA. Further, oil extraction and transport needn't be in "far-flung" places to be dangerous.  Mexico, the third-largest oil producing country in Latin America (after Venezuela and Brazil), lies just 300 miles from Houston. As the Mexico Center of Rice University’s Baker Institute noted in May 2014, some of the most promising drilling areas in Mexico – whose legislative reforms promise to open up its vast energy resources to foreign investment -- are also the most dangerous. These include the Tamaulipas, Nuevo Leon, and Coahuila, which border the Eagle Ford Shale.

M&A.  So much of the oil & gas industry revolves around doing deals with other companies: acquisitions, divestitures, or joint ventures. Oil extraction, delivery, and processing are complex, capital-intensive businesses, and the integrated oil companies are numerically a minority (although they account for a large percentage of upstream-to-downstream activity). For all companies in the energy business, doing alliances with other companies is a standard part of doing business, and distinguishes the energy industry from other verticals that are much more "stand-alone." When businesses work with each other, they tend to consider the implications, both good and bad, of formal and permanent alignments. This creates a lot of "M&A thinking" on the part of energy companies, and legal is right in the middle of it.  Regardless of the fact that most of these strategies don’t materialize, the planning goes on, and the GC has to be prepared for all eventualities.  A GC without a solid M&A background is likely to be marginalized at the executive table because he/she won't be able to contribute to the inevitable discussion about merging, joint venturing, or divesting. This is particularly so since much of the strategizing happens at the senior management team level and often doesn’t go below that level.

Contracts.  Contracts are the life-blood of the oil & gas industry. Because of their importance, a GC who doesn't understand or has no real affinity for contracts is probably doomed from the start.

International experience.  While it's true that many oil & gas companies are purely domestic plays, many are not. Therefore, the ability to work seamlessly in other countries, with people of different languages and cultures, in different time zones, becomes very important. In many Houston restaurants, you are likely to overhear conversations comparing notes on the best eateries in Aberdeen, Lagos, Shanghai, Calgary, and Jakarta. People have a comfort level with dealing with industry counterparts from entirely different cultures. Oil types can detail for you the seating configurations of all long-haul aircraft, and name for you their favorite crew members. It's a different society at 35,000 feet.

Technical background.  Gerry Morton, GC of Carrizo Oil & Gas, says, "technical background in the industry is very helpful since you can't effectively run or negotiate deals on topics you know little about, nor will you have the respect of the CEO, most of whom are energy industry lifers with a technical background themselves (rarely does an energy company have a CFO/CAO become a GC because the risk profile of energy companies tends to attract engineer/geologist or landman types as CEOs." Because drilling for oil is a high-cost business, the stakes are huge. CEOs simply can't take the chance on hiring a GC who is not at the top of their [knowledge] game when it comes to understanding the business.  (Again, for the "majors," this observation may not apply since these companies have large law departments that are chock-a-block with industry expertise.)

Personality.  Energy GCs tend to be the "common man" (and, regrettably perhaps, most of them do tend to be men). That means that they're usually conservative, straight-talking, street smart, with good practical judgment that has been earned in the trenches, rather than within ivied walls. They’re scornful of the latter types, in fact, knowing that a gilded diploma doesn't mean squat when it comes to making the tough decisions that they have to make daily – decisions that often risk bushels of money, or, at its extreme, people’s lives. Bob Baker, former GC at El Paso, says that energy company GCs "must relate well and be familiar with people at all levels of the organization." As plain-talkers, they must offer “practical, understandable and actionable advice, as well alternatives to accomplish the business objectives.”

Political skills.  Energy GCs often operate in an unusual company dynamic. Because of the longevity of energy CEOs and senior management, they cannot command by fiat and must be deft in delivering bad news. Most energy CEOs will proudly boast that "they practice law without a license," since they've been around the same legal issues for decades.  In addition, most energy companies have a land department that perceives itself as independent from the Law Department and "quasi-legal" in nature. Landmen routinely negotiate land deals, leases, and JOAs without consulting the law department because that's what landmen do and have always done. As Gerry Morton observes, "This means that a GC has to be able to not only demonstrate convincingly their knowledge of the law, but the value of their input so as to win over the right to provide that input to landmen, who tend to be pretty hard-charging deal guys."

Regulatory/compliance sensitivity.  Since the Deepwater Horizon event, an industry that knew its fair share of regulatory oversight has been under the microscope as never before. Not only are federal, state, and local agencies looking hard at energy company activities, there are plenty of citizen "watch" groups that are waiting for the next misstep. Here, the energy industry differs significantly from many other industries where there’s very little civic concern since there's no threat of water or air pollution, extinction of endangered species, further melting of polar ice caps, or disruption of animal grazing patterns.

In sum, energy company General Counsels ARE a breed apart. The nature and risks of the business, the people who populate the industry, and the regulatory scheme governing the energy business mean that the GCs in that industry have very different skills and qualities than GCs in other industries.

READ THE COMPLETE ARTICLE AT oilpro.com