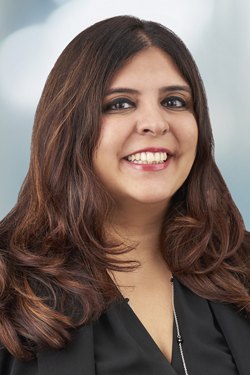 Since being allowed to practice law in the Kingdom of Saudi Arabia (KSA) in 2007, the number of female lawyers in the country has seen an exponential increase as the legal market itself continues to grow. As Saudi Arabia becomes more of a valued hub for many multinationals, companies are building their legal teams in this jurisdiction and focusing on reflecting the global diversity of their clients. This is a step towards a more progressive and gender diverse workplace.  There are even signs the Middle East North Africa (MENA) region as a whole that progress is being made, demonstrated by more international firms hiring female lawyers.

The first female lawyers in Saudi graduated in 2008. Prior to this, women were only allowed to work as legal consultants. In 2011, the Saudi ministry of labour released a directive on hiring more female associates. Then  in 2013, the Saudi justice ministry began permitting female lawyers to appear in court. In 2017,  Vision 2030 was launched, an economic and social reform blueprint to open up KSA to the world.  One key component of this was to increase participation of women in the workforce—including the law—and create one million jobs.

Since the launch of Vision 2030, the number of licensed female lawyers has risen from 10 in 2013 to 118. By mid-2020, that number had further risen to 785. Currently, we believe there to be more than 1,000 female lawyers, representing approximately 12% of all Saudi licensed lawyers in the Kingdom.

The Profile of a Saudi Lawyer

At Major, Lindsey & Africa, we have made many placements in MENA and continue to work with organizations throughout the region to identify talented lawyers for their legal teams. The mandate from our clients is clear: They want more female lawyers within their in-house teams. However, organizations need to change their expectations to grow their teams.

For example, clients often want a certain level of PQE; however, this is not always possible when female lawyers are required as they’ve only been able to practice since 2007 in KSA. PQE is not what matters; it’s about the ability to learn, be agile and adapt. When companies are willing to be flexible and give lawyers a runway to grow and learn on the job, they will find a diverse candidate pool. We’ve also found that often lawyers do not go on to be admitted to practice law to a particular bar or society, and as such are able to continue as an in-house lawyer.  As a consultant, this is something we’ve seen in India and across Asia Pacific from many successful in-house lawyers.

Due to societal and language requirements, we have found that for several multinationals the ideal candidates for roles in KSA are Saudi nationals/returnees. Often it is required to be a Saudi citizen. In addition to knowledge of sharia law and local laws, it’s essential to understand and have experience with international laws from working and/or studying abroad. Whilst sometimes visas can be arranged, international organizations want and need lawyers who have this cultural foundation that is invaluable to achieving the objectives for the region. This presents opportunities for Saudi women who are interested in exploring the law. This also presents an opportunity for organizations to consider passionate female lawyers with international experience who are willing to learn and acclimate to the cultural norms. Many foreign female lawyers will embrace the region and its customs in order to explore new horizons.

We know women having roles in leadership and being involved in the decision-making process is a positive for all businesses. To see the investment in the region and in female lawyers over a relatively short period of time is incredible.  This is a promising trend.

The legal profession is powerful and respected, and women have played vital roles in the growth of the legal practice—and want to see more women across the globe in lead roles for multinationals. These women are role models and continue to pave the way for women in the field. Organizations in KSA and MENA need to open their doors and minds to new faces amongst their ranks.

Pooja Mahbubani is a Director in the In-House Counsel Practice of legal recruiting firm Major, Lindsey & Africa. Based in Hong Kong, Pooja recruits general counsel, compliance leaders and other high-level, specialized legal professionals for a range of organizations and industries.