Has Brexit put an end to European cross-border talent flows? 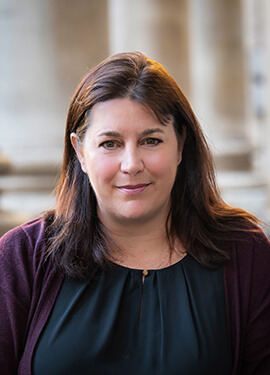 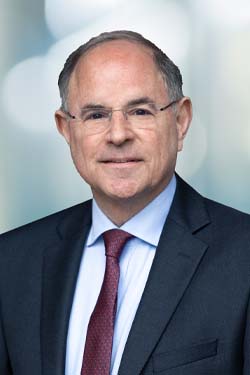 As the employment market attempts to stabilise itself in the wake of a global pandemic and the UK’s exit from the European Union, a unique cross-border tension is emerging in the European recruitment landscape. Covid-19 saw the corporate world transfer online and prove that working remotely was very much possible, if not sometimes preferable. Consequently, borders appeared more flexible and a dip into the international talent pool looked more inviting.

However, the opposing force of Brexit is also simultaneously tightening borders, making it harder for the UK, and indeed other European countries, to navigate talent flows across the continent. European businesses – particularly in the life sciences sector which is traditionally reliant on cross-border talent – are now grappling with how to recruit the top talent in the face of these competing forces.

So, how can businesses stay ahead in the post-Brexit and post-pandemic talent race? While the UK remains Europe’s largest recruitment market, according to the World Employment Confederation’s Economic Report 2021, official vacancy rates are running red hot. While the much-talked about ‘Great Resignation’ does not ring true for the European market, a hybrid shift in the workplace is certainly making the market more fluid. With change in the air, can the UK retain its crown as a leading employment hub?

In fact, instead of the sector seeing a struggle to lure talent to the UK, we are seeing European individuals who are reluctant to leave their workplaces in the UK in spite of Brexit, in order to achieve their settled status. Those who have been in the UK for less than two years are likely to have less appetite for moving around.

Lessons from the Life Science sector

Companies in the pharma hubs of UK and Switzerland have historically hired internationally, with employees either relocating or commuting. In particular, we have seen how the top legal talent in this sector has long flowed freely between the two life science destinations. Now, however, the idea of ‘presenteeism’ is no longer as prized, as companies can tap into a broader talent pool thanks to flexible working.

However, problems may arise when a company is looking to recruit a candidate from another country who is unwilling to relocate and strengthened borders post-Brexit make weekly commuting much more complicated. Moreover, there is an increasing sensitivity to the domicile of an employment contract, so how can all of this red tape be untangled?

Historically, major pharma companies would hire an individual using an affiliate as the contracting party so that the employee does not have to put down a permanent establishment for the HQ , as long as they are not deemed to be a ‘decision-maker’ under local tax law – in this way, the individual can be co-located with affiliate staff. However, now, smaller bio-tech and pharma companies – who are driving much of the activity in the legal recruitment market at present – do not enjoy the privilege of this affiliate network.

How businesses can diversify to stay ahead

Companies have had to get creative when developing hiring strategies to sidestep some of the difficulties when hiring without an affiliate network. For instance, to avoid the issue of permanent relocation, some companies may choose to introduce temporary secondments or rotations. EU, EEA and Swiss citizens, as well as any other non-visa nationals do not require a visa to visit the UK for up to 6 months, just the Right to Work. This flexible arrangement could provide the individuals on rotation with a developmental opportunity and also provide their new team with a valuable source of talent.

Global mobility policies are another viable option, but require cross-departmental collaboration across legal, tax and HR departments. If a business is seeking to relocate an individual in a different country for commercial convenience, then visa, tax and employment considerations may be overlooked. However, commitment to generous re-location packages will encourage the new hire to commit to moving rather than just commuting.

Companies must also renew efforts when sourcing talent to find diverse candidates within their own local communities. A richly diverse team which taps into a broad pool of international talent adds significant value to a business. Companies would do well to remember not to overlook local markets in favour of higher-profile international moves.

Despite the challenging post-Brexit landscape, the UK is managing to retain its title as a leading employment hub, particularly in the pharma industry. In fact, the City of London’s mayor recently argued that the impact of Brexit has been minimal, with far fewer jobs lost than originally predicted. How the dual forces of the pandemic and Brexit will alter the broader European talent pool in the long-term remains to be seen. What is certain, is that companies need to sit up and listen to employee demands if they are to avoid the curse of the Great Reassessment.

Perhaps above all else, employees are demanding a better work-life balance. According to recent research from Ipsos, 6 in 10 UK workers would support a ‘right to disconnect’ law. France is ahead of the curve in this respect, and has had this right in place since 2017, with Portugal following suit last year. After two years of a blurring of lines between work and home, enshrining flexible working in company policies is key.

Although the current recruitment landscape may seem intimidating, smaller companies can certainly still compete for international talent if they have strong and creative hiring strategies. In a competitive market, recruiting strategies must also enforce the principles of robust re-location and showcase a commitment to diversity if retention is to be successful.