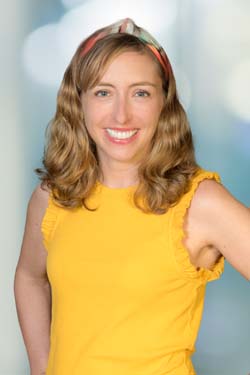 Despite the opportunity social media offers firms with talent and clients, too many treat it as a risk that must be managed.

Being an attorney, in this day and age, means constant connectivity. In Big Law firms especially, it’s a principal tenet for high job performance. Always being responsive and always being reachable means that computers are forever on, and phones are forever in hands. Being online is part of the deal and shutting down is an act of rebellion.

Thus, it’s hardly a shocking revelation that many attorneys and attorneys-to-be are on social media. It’s a lightning-fast way to gather relevant intel, to seek out mentors and friends, to debrief (read: vent) and share comic relief or survival skills, and to tap into a global hivemind that’s only become more valuable in a remote working world. It’s a creative outlet, as legal meme titan @biglawboiz has acknowledged on his podcast, for inherently human and multidimensional professionals. Social media use is particularly natural for the newer batches of lawyers who have been using platforms like Facebook, Instagram and Twitter since before they went to law school—or even before they considered becoming lawyers at all.

However, many legal employers perceive online presence as a risk that must be managed. When asked about their social media dealbreakers, most employers initially referenced objectively extreme circumstances, like racism or threats of violence. But past that, the lanes became less intuitive and highly subjective. Some employers took issue with critiques of prior employers; others were sensitive to comments about client industries. One simply said associates should be “blank slates,” jettisoning all pretense.

The variety of these nebulous opinions has snowballed into paranoia, leading firms to issue stern warnings against “bringing notoriety,” circulate all-encompassing gag orders against generalized categories of conversation, demand access to personal social media accounts and otherwise stifle autonomous usage of online channels. Failing to define upfront what a negative social presence looks like gives firms unadulterated discretion over what to take issue with later, leaving associates on tenterhooks and questioning whether they can have any online voice of their own at all.

Associates commonly respond to this difficult situation by either making their accounts private or by adopting a pseudonym. An associate at an elite firm (who has over 20,000 Twitter followers and writes under the handle @The_Classy_Gay) told us that he preferred to be anonymous online because it allows him to speak candidly without the risk of firm retaliation. “I’ve seen how firms have monitored and surveilled my peers at my and other firms for a single mention of negativity on social media, before pouncing on them for even the most innocuous of critiques of the legal system or their work environment,” he explained. “I feel much more comfortable raising attention and awareness … without the fear of my firm forcing me to sit through a phone call with HR or practice management to ask why I’m upset or tweeting whatever I have to say.”

While this game of cat-and-mouse between invasive employers and evasive employees appears to be common in the legal profession, it doesn’t have to be. It’s entirely possible for everyone’s interests to coexist—namely, for firms to productively address their concerns, and for associates to be open, thoughtful participants in the online world. A culture of fear creates lost opportunities for all parties involved, but rational, clearly articulated guidelines could make a huge difference in correcting the course.

Since the priorities and comfort levels of firms differ so widely, there is great value in developing comprehensive social media policies for employees. We believe that an ideal policy in 2022 keeps things broad—restricting hate speech, references to firm clients and mentions of firm name (if desired). The policy should clearly express how the firm defines hate speech (better than Justice Stewart’s “I’ll know it when I see it” Casablanca test) and explain what type of monitoring (if any) is done by the firm. The policy should give clear examples of posts that would violate it, so associates have a series of templates to consider. If the policy contains elements that aren’t intuitive, firms should plan to notify associates who are in inadvertent violation and give them the chance to simply delete the post, rather than internally escalating the issue unnecessarily. The policy should also give employees a connection to PR or HR as a resource.

If firms would rather adopt a “we don’t care about social media” approach over a formal policy, they could do so—but only if they are willing to relinquish total control over this issue. Saying employees have agency in theory, but continuing to surveil in practice, will only exacerbate this problem. With that in mind, we recommend a proactive dialogue around this, founded in the same trust that firms displayed when they hired their attorneys to represent clients.

What can be positive about an associate who is outspoken on social media? It can set firms apart—in a good way. In a hiring market where pay is mostly flat at the new Cravath level in major markets, firms need to find new ways to differentiate themselves from the competition. They can promote themselves, like always, but embracing the diverse content creators who are already among their ranks is an easy, natural way to celebrate a forward-thinking firm ethos and attract the clients who typically recoil from the rigid attorney stereotype. A general counsel at a prominent technology company noted to us that he “literally hired a firm because of their social media presence.” This includes both the official twitter presence of the firm and the approachable, candid accounts of the lawyers on the team.

One partner at an Am Law 100 firm further emphasized social media’s value for client contact, saying, “If we are to effectively serve tech-forward communities, we need to meet them where they are.” It’s unreasonable to consider the voices of individual lawyers and their firms as synonymous, but at the same time, those individuals have the power to achieve levels of human connection that firm entities cannot. To see social media only through the lens of potential public relations disasters hinders business development that could otherwise be effortless. This is a waste, especially in a profession that boasts countless thoughtful adults who would use these channels responsibly and who we already regularly entrust with confidential client information.

Employee activity on social media can also boost firm recruiting—and not just among the latest entrants to the legal profession. In a world where at least partially remote employment arrangements are gaining dominance, incoming lawyers are turning to social media more than ever to get a sense of their prospective work environments and colleagues. Instead of construing this as a reason to enforce silence, embracing associate self-expression can position firms as open-minded and innovative in the eyes of new recruits: something that many attorneys prize regardless of their seniority. When asked whether they’d be more apt to choose a firm that gives ample space for independent social media activity, lawyers of varying experience levels gave responses like “absolutely yes,” “without question” and “[I] wouldn’t even consider a firm that doesn’t at this point.”

Part of being a modern law firm is acknowledging that this generation of associates grew up as social media natives. People are online for all kinds of reasons, but the business development possibilities and networking opportunities cannot be overstated. Brand building, especially during COVID-19, continues apace online. Rather than ignoring this fact, firms need to formalize sensible, transparent policies based on respect and trust. Doing so will be a signal to the market that the firm is rooted in reality about who its associates are and that it lets them define themselves.

This article was co-authored by Liz Gil, an attorney with Egan Nelson, based in New York, and can be found on Twitter @LizCGil.