The Growing Role Of The GC In Emerging Legal Markets 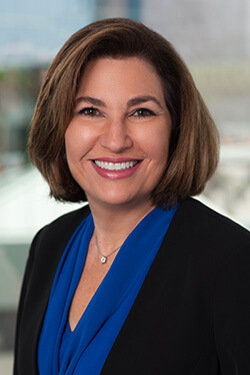 The discussion about the rivalry between domestic and global firms in emerging legal markets has been heating up for some time now. In fact, everyone seems keen to weigh in on the factors, which could tip the scale either way. Is the benefit to the fast-growing smaller domestic firms or the big global players striving to serve and, to some extent, control these emerging regions? The outcome of this rivalry is likely to be heavily influenced by an external factor not instantly obvious even to legal professionals operating in these regions – the growing influence of the general counsel.

What exactly does the role of the GC have to do with a rivalry between budding domestic firms and globally established practices you ask? Well, as part of its 'Globalization, Lawyers, and Emerging Economies' study, the Harvard Law School Center on the Legal Profession (CLP) conducted a survey of GCs working in India, Brazil and China and the results offer insight into role of the GC. The study found that the evolution of the GC in emerging markets is similar to changes recently experienced in the US market.

One of the most visible motifs of the expanding role of the GC has been their position within the notoriously rigid hierarchies of corporate decision-making. Previous research from the CLP found that, in addition to the fact that the overwhelming majority of US GCs now report directly to the CEO, they also often participate in major business decisions and oversee corporate functions beyond legal. And according to CLP’s research, this trend is also emerging in India, Brazil and China.

In India, for example, the majority of GCs reported to the CFO prior to 2000, confirming their lower status in a company’s central corporate function. In a recent survey, however, nearly half of all GCs indicated that they report directly to the CEO. The results also indicate that GCs are playing more important business roles. More than half of GCs across all three countries reported that they frequently counsel senior leadership and advise the board.

These changes have happened in emerging markets far more rapidly than they occurred elsewhere in the world. And the battle to influence these new power brokers is now well and truly on. So who will emerge victorious? The domestic firms with greater flexibility and less legacy and few limitations or the internationals with greater resources and experience but far more restrictions? Seconds out, Round One.