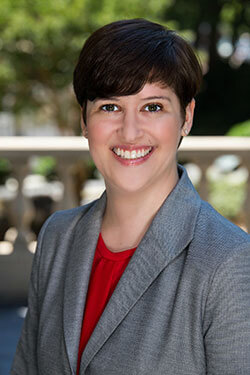 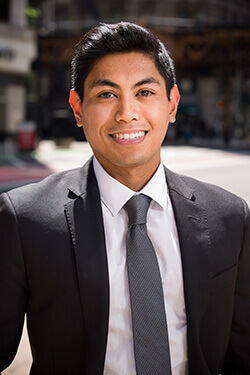 We’ve all been there — you’re making plans with friends and you can’t decide between the fancy new Italian place and the hipster burger spot. The solution? Make two reservations and decide later — or cancel both altogether and opt for a frozen pizza, so you don’t have to leave the couch. But this process isn’t just making the act of booking reservations easier — it’s fundamentally changing the decision-making process itself. We now have the ability to make multiple reservations at various restaurants while preserving the option to cancel them all with the click of a button.

The ability to explore options and then defer decision-making certainly has value when it comes to deciding what’s for dinner. However, not all decisions are created equal, and “What is the next step in my career?” requires a bit more consideration than “What’s for dinner?” Despite the very different stakes in these two decisions, it is becoming commonplace for attorneys to schedule multiple interviews only to decide at the last minute that they’re only interested in pursuing a couple of their options.

The idea of scheduling a lot of interviews and then deciding later which one(s) to take or not sounds appealing and makes some sense in theory, but it’s a terrible way to treat your career. Here’s why:

Firms are made of people, and people have egos and feelings. Whether we like it or not, lawyers are people too, and people have feelings and egos. Whether to take a job is often an emotional decision and whether to extend an interview to a candidate is also an emotional one. Some firms and lawyers take a candidate’s acceptance or rejection of an interview as a referendum on their likeability, their value in the marketplace, or how they stack up against the competition. When a candidate flatly turns the interview down for no reason at all, the reaction can be intense. You never want to burn a bridge with a potential employer because you never know what the future holds.

Firms — and their people — have long memories. A former candidate did not receive an offer to interview with an Am Law firm because that same firm interviewed him during law school and found him to be rude. They took notes on his behavior, kept those notes in their database, and declined an interview during his third year of practice on the basis of the previous experience they had with him. If you are flaky about an interview, the firm likely remembers. Then, if in a few years you want to explore that firm as an option, chances are they won’t even look in your direction.

Firms communicate across locations and keep very close tabs on candidates. Another candidate was uninvited to a law firm interview in Atlanta because she applied to labor and employment roles with the firm in both Atlanta and Seattle. The firm felt that she was disorganized, didn’t know her own mind, and/or wasn’t committed to Atlanta and was thus a flight risk. Be very thoughtful about which firms you apply to and why. Make sure you don’t apply to multiple offices of the same firm, unless there is a very good reason to do so.

The legal field is a small world. Everyone knows everyone within the legal industry or is within six degrees of separation of one another, and people talk. You’ve worked very hard to create and maintain a reputation for yourself. It’s quite possible that the law firm you burn a bridge with during the recruiting process shows up as opposing counsel in your next deal or the hiring manager at a company you want to go in-house with. Also, if you are in a niche practice or a small market, you run the risk of alienating every firm in your geography and painting yourself into a corner with nowhere else to go.

Taking an interview is never a bad thing — and whether you accept the eventual job offer or not is another story entirely. You don’t have to join a firm just because you are engaging in the interview process. An interview is an opportunity to see if what you have heard about the firm is true, to find out if there is a mutual interest between you and the firm, and to meet new people. If you play your cards right, you will be expanding your network, which may lead to other jobs and speaking or writing opportunities that will further your career and positively build your reputation in the community. Interviews are fact-finding missions, where you gain a great deal of information and insight into how another firm operates. What you learn can help you make a more educated decision about the next steps in your career.

Dismissing a firm’s interview offer after submitting to the role closes you off to valuable information and potential opportunities. It also simply makes you look bad. A potential future employer (or future legal adversary) should not be dismissed in the same carefree manner you would click the cancel button on a dinner reservation. You need to put your best face forward and treat your interview process as if your reputation is on the line — because it is.

Rebecca Glatzer is a Managing Director in the Associate Practice Group of legal recruiting firm Major, Lindsey & Africa. Based in Atlanta, Rebecca works with law firms to identify talented attorneys to join their practices and acts as a career advisor to associates throughout their careers.

Jason Keller is a Director in the Associate Practice Group of legal recruiting firm Major, Lindsey & Africa. Based in Chicago, Jason works with law firms to identify talents associates to join their practices and acts as a career advisor to associates throughout their careers.