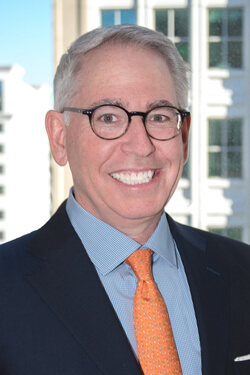 Hanover, MD – December 6, 2018 – Male partners earned significantly more than female partners at the top U.S. law firms in 2017, according to the fifth biennial Partner Compensation Survey released today by Major, Lindsey & Africa, the world’s largest legal search firm. Male partners earned $959,000 on average compared to $627,000 on average for female partners, a difference of 53%. The survey was fielded in conjunction with legal market intelligence and research specialists Acritas, and based on the responses of 1,390 law firm partners in the U.S.

Since the inception of this Survey in 2010, male partners have consistently reported substantially higher average compensation than female partners. Survey findings showed a pay gap of 44% in 2016, 47% in 2014, 48% in 2012, and 32% in 2010[1]. “Data from each of our five biennial surveys showed stark differences in average compensation between men and women,” said Jeffrey Lowe, Global Practice Leader of Major, Lindsey & Africa’s Law Firm Practice and the study’s author. “In our 2018 study, we took a much deeper dive into the gender pay gap to better understand what factors were contributing to this difference.”


“Data from each of our five biennial surveys showed stark differences in average compensation between men and women,” said Jeffrey Lowe, Global Practice Leader of Major, Lindsey & Africa’s Law Firm Practice and the study’s author. “In our 2018 study, we took a much deeper dive into the gender pay gap to better understand what factors were contributing to this difference.”

Findings indicated that male partners significantly outpaced female partners in originations in the 2018 survey, reporting average originations of $2,788,000 – a gain of 8% over the 2016 survey – compared to $1,589,000 for female partners – a decline of 8% from the 2016 survey. Male partners’ average hourly billing rates were also significantly higher than their female counterparts at $736 (+5% from the 2016 survey) compared to $650 (+2% from the 2016 survey). However, even when controlling for originations, female partners still reported lower average compensation than males nearly 80% of the time over the course of the five surveys. “We were surprised by this finding and asked Acritas to explore this further,” said Lowe.
“Our findings show that originations and billing rates together were responsible for nearly 75% of the overall variation in compensation across all partners who responded to this survey,” said Lucy Leach, Technical Researcher Director of Acritas. “While the data doesn’t suggest a conscious bias against women, it does suggest that the predominant compensation model in BigLaw today, which heavily rewards partners for their originations and hourly rates, may fail to recognize other contributions to firms and may be putting women at a disadvantage.”

The survey also examined a wide range of other factors affecting partner compensation, such as differences between equity and non-equity partners, practice areas, compensation transparency and lateral status. Data revealed that compensation disparities between cities continued to be pronounced. Average compensation ranged from a low of $593,000 in Minneapolis to a high of $1,448,000 in New York, a difference of more than 136%. Atlanta experienced the largest compensation losses from the 2016 to 2018 survey at -22%, followed by Houston (-14%) and Minneapolis (-8%). Partners in Dallas posted the largest gains (+55%), followed by New York (+24%), Boston (+21%) and San Francisco (+16%).

Additional key findings of the study include:

Major, Lindsey & Africa regularly conducts Partner Compensation Surveys in the U.S. and London, giving voice to law firm partners around the world about their earnings, compensation potential and career satisfaction. More than 60,000 partners across the U.S. at AmLaw 200, NLJ 350 and Global 100 with U.S. offices were invited to take the online survey. The full text of Major, Lindsey & Africa’s 2018 Partner Compensation Survey is available here.

[1] It is important to note that because we assume variation in actual respondents each year, we cannot conclude from our data that the gap is increasing.