How Should Law Firms Define Success in Lateral Hiring? Am Law 100 Leaders Weigh In 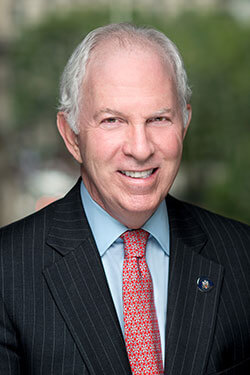 Early last year, we released a 68-page report on the results of my most recent Lateral Partner Satisfaction Survey. Fully 86% of the more than 2,200 laterals who responded were somewhat or very satisfied with their new firm, and 82% were satisfied with their compensation. From their perspective, the move was a success. But were law firms experiencing the same levels of satisfaction? As a follow-on to that survey, I reached out to more than a dozen heads of Am Law 100 firms to discuss their experiences with the acquisition of lateral partners, and in particular how they define success.

In recent years, it has been fashionable for experts analyzing partner mobility to opine on the success rate of such moves between law firms. Based on one’s definition of success and one’s built-in biases, the rates offered range from 50% to more than 80% successful. Consultants for law firm mergers tend to believe that lateral acquisition of individual partners or groups is inherently less desirable than the full-bore, full-firm mergers upon which they focus. Consultants who specialize in due diligence of partners (including somehow magically evaluating the strength of client relationships without compromising the candidate’s critically important confidentiality) contend that hiring partners is so dangerous it is more likely to fail without the assistance of a consultant who specializes in, yes, due diligence. And legal recruiters who primarily assist partners and groups in their transitions think, of course, that their route is the way to go.

So, who is right? Are only 50% of lateral partner hires successful? The person who coined the saying, “50 million Elvis fans can’t all be wrong,” would disagree, because in recent surveys of law firm chairs and managing partners, 93% said their top growth option was to acquire laterals, up from 85% a decade earlier. If only half of all lateral partner hires succeeded, would the presumptively intelligent, thoughtful and very prudent heads of virtually every substantial law firm continue that as a key strategy?

Each of the firm heads I spoke with had a different way to evaluate success, typically looking at a broad range of factors. But even by the narrowest of measures—revenues brought to the firm by the new partner—lateral partner acquisitions seem to fare well.

So is the success rate 50% or 80% or somewhere in between? I would argue that asking whether a given lateral partner is successful is precisely the wrong question. Clearly some hit home runs, some hit singles or doubles, and some strike out—just as a firm’s homegrown legacy partners do. The real question is the one I ask my financial adviser from time to time: How is my portfolio doing? If some of the stocks she picks are down, I don’t stop investing in the stock market, I don’t fire her, and I don’t turn from investing in equities to pork belly futures.

So it is—or should be—with law firms evaluating their portfolio of lateral acquisitions. As the chair of one acquisitive and highly profitable Am Law 100 firm noted, “A handful of laterals have not worked out, but if we are trying to get better every day, we have to have the mindset that we are willing to invest.” He added that “a partner’s business level is a sign of their success, but not the reason to hire them.”

Mitch Zuklie, chairman and CEO of Orrick, Herrington & Sutcliffe, regularly undertakes a portfolio analysis of the lateral partners who have joined that firm over the past five years as part of a comprehensive review that includes a wide range of factors, including revenue generation. The total revenue that the new partners hired in the past five years had generated is compared against the total amount that had been projected for those laterals when they joined. The total: 102%. Clearly, to meet the firm’s expectations, in the aggregate, vindicates the strategy and reflects its thoughtful execution.

Steve Wall, managing partner of Morgan, Lewis & Bockius, does an annual review of all laterals who have been at the firm for at least one year. He looks at performance in the past two years, including aggregate movement of revenues in the past year and aggregate compensation paid in the past year, to see whether those lateral partner investments are working. Every time he has conducted that analysis, he said, “in the aggregate it always is on the plus side.” (In the firm’s broader evaluation, factors such as leverage, cross-selling, utilization and realization rates, comments from other partners and from clients are also included.) Wall emphasized that it is never simply a question of originations, and noted that the firm evaluates homegrown partners the same way.

Some look to the retention rate as one indicia of success. For example, Perkins Coie enjoys a retention rate of 88% for its lateral additions after five years, and 81% of the lateral partners who have joined Mayer Brown are still with the firm after five years. (In what might be an even more accurate marker, 85% of Mayer Brown’s lateral partners saw a compensation increase since joining the firm.)

But retention can be an imperfect yardstick: a partner who dies, or one who becomes a general counsel and thus a new client, takes a high-level government post or leaves when the firm decides to take on a client that poses an irreconcilable conflict, should arguably not be counted as a lateral who failed. Conversely, some firms keep on partners who have disappointed (sometimes at reduced compensation) rather than show them the door, skewing retention numbers in the other direction.

A number of firms (including Jenner & Block, Proskauer Rose and Morgan Lewis) observed that their definition of success depends on why a lateral was hired, and for what role. Some laterals can be effective practice leaders, not just revenue producers. Laterals from government often fill a different role with different expectations, serving as part of a team brought to the boardroom to win key assignments, rather than as a solo rainmaker.

As Wall observed, a definition of success for laterals depends on why they were added. It will vary depending on whether the goal was to:

Steve Ellis, chairman of Proskauer, noted that the firm’s efforts to attract, retain and support talent “are always driven by our core strategies. Our success measurement is: Has that lateral helped drive these initiatives? There is a spectrum of ways an individual can contribute—through collaboration, expertise, business generation, citizenship, training, social contributions, productivity and leadership, among others.”

Daryn Grossman, Proskauer’s managing partner, added, “In the uncertainty caused by the pandemic it has been all the more important to be able to carefully evaluate each of those contributions. While they have also been quite successful as a group in generating revenue, an overwhelming percentage of our lateral partners over the past five years have been successful when judged by our own strategic definition.”

Ira Coleman, chairman of McDermott Will & Emery, observed that success is “not just a function of the numbers attributed to partner or group but rather how interwoven they are: How many other offices, practices, and people are touched? That is a key indicia of success.” Another factor to weigh is whether the lateral will help attract other laterals. (By creating a buzz, some laterals can have a snowball effect that can move the market.) While lateral partners can help replace the revenues of partners who retire or pass away, he noted, they can also replenish and add to the firm’s “reputational capital.”

Coleman, whose firm added more than 37 lateral partners in 2020, was quick to note that “you can never know in advance who will succeed,” just as you cannot be certain with partners who came up through the associate ranks. In the aggregate, however, he strives for a lateral success rate that is closer to NBA free throw percentages (80% or higher), not just NFL quarterback pass completion percentages (67%) and definitely not MLB batting averages (around .300, or even Ted Williams’ .400).

The vice chair of another global firm said his firm conducted a comprehensive five-year review of the roughly 100 partners who joined between 2015 and 2019 (and did a similar study, with similar results, for 2010-15). “Well over 70%” met or surpassed expectations. Groups were no more or less successful than individual partners who joined. Those who had previously been associates or counsel at other firms and joined as junior partners were above 75% (and indeed, some of them have proven to be “legendary” successes, he said).

Rob Insolia, chairman of Goodwin Procter, commissioned a detailed analysis of all 178 lateral partners his firm hired in the past 10 years (119 of those were in the past five years). On the metrics important to the firm—not just originations but cross-selling, working with others, and other factors—83% of those hired in the past five years (and 78% of those hired over the past 10 years) were deemed successful or very successful. He observed that “the measure of success includes both how much in demand they are, and how well they fit in culturally. It is not statistically driven—if the lateral hasn’t fit in culturally it is not viewed as a success even if the metrics are otherwise positive.” Contrary to predictions, laterals referred by partners of the firm were no more successful than those brought by recruiters (although candidates from trusted recruiters had significantly higher rates of success).

NBA-level success results such as those enjoyed by Goodwin, Jenner, Mayer Brown, Morgan Lewis, Orrick, Perkins, Proskauer, White & Case and many other firms are not accidental. They reflect firm leaders’ rigorous attention not only to books of business or practice profitability but instead to how their lateral hires have lived up to their expectations, been integrated into the firm, and advanced the firm’s strategic goals. Or, as one firm chair put it, “What value do they contribute to the enterprise?”